India's Tour Of Australia: What Is Boxing Day Test? 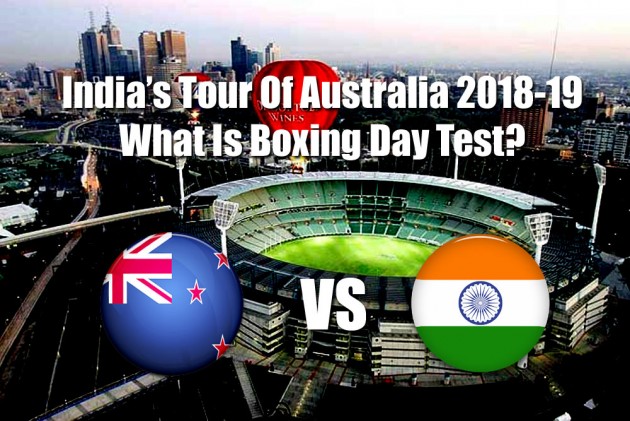 But the spotlight will be on the Australia-India match of the ongoing Border-Gavaskar Trophy series at the iconic Melbourne Cricket Ground (MCG), Melbourne. Other international fixtures are New Zealand-Sri Lanka and South Africa-Pakistan.

It's a Test match which starts on December 26. Traditionally, MCG has been the standard venue for Boxing Day Test. But other venues in Australia, England, New Zealand and South Africa can also host a Boxing Day matches.

So, what is Boxing Day?

It's the first weekday following Christmas, observed as a holiday in Britain, Australia, New Zealand, Canada, and other Commonwealth countries. The moniker comes from the tradition of 'Christmas Box,' the gift boxes given to tradespeople and servants. It's believed to be originated in England in the nineteenth century.

In international cricket, the first so-called Boxing Day Test was played, or to be precise celebrated, on the fourth day of the 1950 Melbourne match between Australia and England.

Since then, Test matches at MCG starting on December 26 have been celebrated as Boxing Day Test with holiday crowds playing their own roles.

India have played seven Boxing Day Test at MCG, losing five and drawing two. For the record, India have played 12 times at the venue, with Australia winning eight times and India tasting victories in two.