The women's cricket squad, which has been in quarantine in Mumbai, will be travelling to the United Kingdom with the men's side for a month-long series 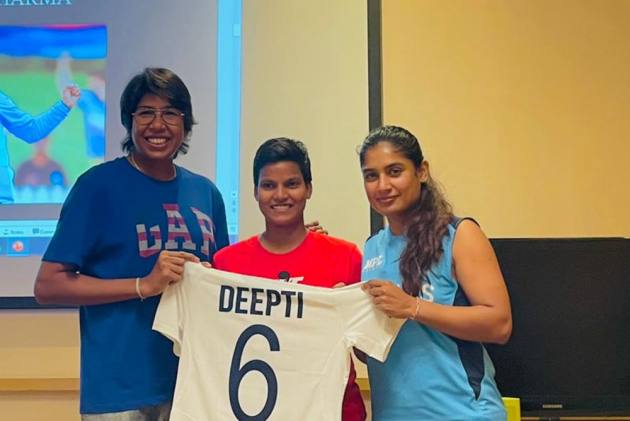 Travelling with the Indian men's team will be a good opportunity for the inexperienced women players to pick their brains on the rigours of Test cricket ahead of the one-off game against England starting June 16, skipper Mithali Raj said on Tuesday. (More Cricket News)

The women's cricket squad, which has been in quarantine in Mumbai, will be travelling to the United Kingdom with the men's side for a month-long series, on Wednesday.

Asked if it will be an opportunity to exchange notes, Mithali said: "Yes, I am sure the girls have been interacting whenever they cross paths, it is good to have them around because they have played a lot in UK."

"You can ask them questions and they can help out because most of the girls are playing this format for the first time, so it can really help them if they talk to them and gain experience from their tours," she said during a virtual pre-departure press conference.

The one-off Test in Bristol from June 16 will be the first time in seven years that the women's team will play the longest format. It will be followed by two T20 Internationals and three ODIs.

The men's team will play the World Test Championship final against New Zealand from June 18 followed by a full series against England.

"I think it is great to play a Test, whether at home or away. If it continues then great, because it helps the players. Sometimes it is nice to just go without any baggage and play and enjoy the atmosphere," Mithali said.

"It is good to have girls who are playing for the first time and girls who have played in the past, may be (they can) share some experience about how it was in 2014.

"I guess having two back to back Test matches touring England and Australia can give a lot of exposure to the current lot and if that can be carried forward in the coming years, it will be great for the sport."

Veteran Jhulan Goswami will spearhead the pace attack and Mithali feels it will help the young pacers in the squad.

"It is important that she gets game, she needs game time there in the middle, as the senior most player, it is important to keep her in the thick of things but if she needs rest, it is upto her completely," Mithali said.

"But knowing Jhulan she will want to play every game and as a captain also I would want to have her in the field so that the young fast bowlers in the side, they will immensely get a lot of help if they have her on the ground."

Asked why Taniya Bhatia was picked ahead of Sushma Verma, who has the experience of playing in English conditions, Mithali said, "Sushma got an opportunity in the last series, she got to play play all five ODIs.

"Taniya had a good domestic season, so we would want to see how Taniya fairs in UK tour."

The Test jersey for the Indian women was unveiled recently.

Mithali said the event was "an occasion to make players feel special."

"...I feel it is the most challenging, respected and the oldest format. It has its old charm, so for the girls it is a special moment," she said.

"The excitement is there in the group and it is important to have that idea of what Test means for the team and the importance of former cricketers who have kept the sport alive for the future generation."