If the Indian pacers came out with a remarkable performance on the second day of the practice game, the batsmen had a good hit on the third day 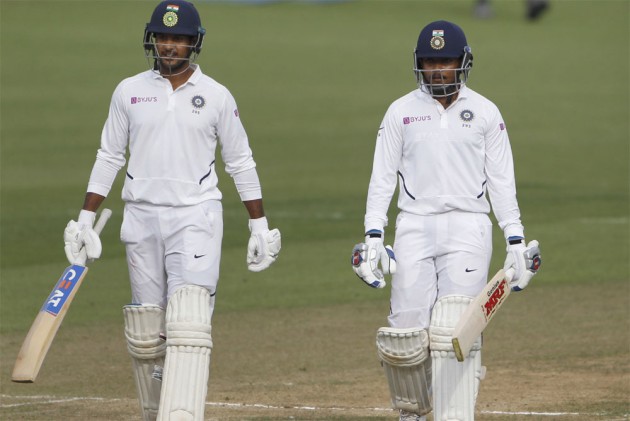 Mayank Agarwal (81 retired) and Rishabh Pant (70) had a field day as the three-day warm-up game between India and the New Zealand XI ended in a draw at Seddon Park, Hamilton on Sunday. (More Cricket News)

If the Indian pacers came out with a remarkable performance on the second day of the practice game, the batsmen had a good hit on the third day.

While Mayank and Pant shared a 100-run partnership (134 runs for the third wicket), Prithvi Shaw scored a quickfire 39 off 31 balls. Even Wriddhiman Saha didn't do his reputation any harm as he hit an unbeaten 30 off 38 balls. But Shubman Gill couldn't make much of the opportunity as he managed just 8.

The Indian batsmen came out from where they had left on Saturday and looked to put the foot on the accelerator, but Daryl Mitchell sent Shaw back after the opener managed to add just four runs to his overnight score. An attempted drive saw him miss the line and the timber was disturbed.

Gill disappointed as he was trapped right in front by Mitchell. With things suddenly not looking very good, the team management decided to give Pant a hit and the wicket-keeper obliged as he took the attack to the host bowlers. In fact, he brought up India's 150 by hitting Ish Sodhi for two consecutive sixes.

Earlier on Saturday, the four Indian pacers -- Mohammad Shami, Jasprit Bumrah, Umesh Yadav and Navdeep Saini -- all bowled on immaculate line and lengths and bundled out New Zealand XI for 235.

While Shami was the pick of the Indian bowlers as he picked up 3 for 17, Bumrah, Umesh and Saini picked two-two wickets each. Ace off-spinner Ravichandran Ashwin scalped the remaining one wicket.

For New Zealand XI, Henry Cooper top-scored with 40 while Rachin Ravindra and captain Daryl Mitchell contributed with 34 and 32 respectively.

In their first innings, India had been bundled out for 263 riding on Hanuma Vihari's 101 and Cheteshwar Pujara's 93.