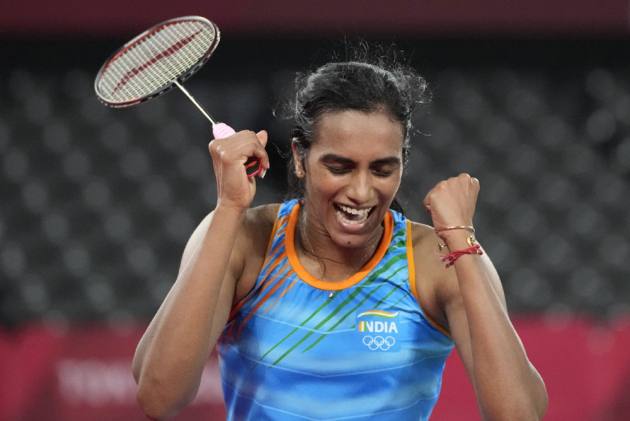 Top Indian shuttlers PV Sindhu and B Sai Praneeth progressed to the quarterfinals but former champion Kidambi Srikanth made an early exit in the second round of the Indonesia Open 2021 Super 1000 tournament in Bali, Indonesia on Thursday. (More Badminton News)

The world No. 16 Indian will meet Olympic champion and former world no No. Viktor Axelsen of Denmark next.

The second seeded Axelsen, a world champion, ended the campaign of Srikanth, beating him 21-14 21-18 in 37 minutes.

The sixth seeded men's pairing of Satwiksairaj Rankireddy and Chirag Shetty also survived a scare against Korea's Kang Minhyuk and Seo Seungjae, prevailing 21-15 19-21 23-21 in a thrilling contest to also make it to the last eight.

The Indian pair, ranked 11, will square off against Malaysian combination of Goh Sze Fei and Nur Izzuddin.

Up against Li for the first time, world No. 7 Sindhu looked completely in control from the beginning.

Such was her dominance that the two-time Olympic medallist took the first game with ease, winning seven consecutive points at one stage.

Li made a good recovery in the second game and it was more evenly contested. But Sindhu persisted and did not let the German gain an advantage over her.

Praneeth made a good start, jumping to 8-2 lead early on but Popov made it 14-12 after he reeled off seven straight points just after the break.

The Indian, however, held his nerves to pocket the opening game.

The second game was a tight affair as Popov fought hard and grabbed a slender 11-10 lead at the interval. He moved to 15-14 before sending down six points on the trot.

In the decider, Praneeth led 11-7 at one stage but again a seven-point burst helped Popov turn the tables on his fancied rival. However, Praneeth ensured he had the last laugh in the end.

In the other second round match, Axelsen used the court well to make Srikanth move around. He waited for the Indian to make mistakes and produced some great angled returns to trouble him.

The result was that Axelsen led by six points at the first break. Srikanth fought his way back to 11-14 and 13-16, only to give it away with a loose shot. In the end, a sharp return and then Srikanth going to the net gave the opening game to Axelsen.

In the second game, Srikanth had a horrible start, lagging 0-6 but he curtailed his mistakes to turn it around at 11-8 at the interval.

Axelsen, however, regrouped and showed a lot of purpose as he nosed ahead at 14-12 with a smash. Srikanth found some good shots in the nick of time to move to a slender 17-16 lead but again squandered the opportunity with a wide shot.

He eventually sent one long to hand over the match to Axelsen.