Injured Aaron Ramsey Out For Juventus And Wales 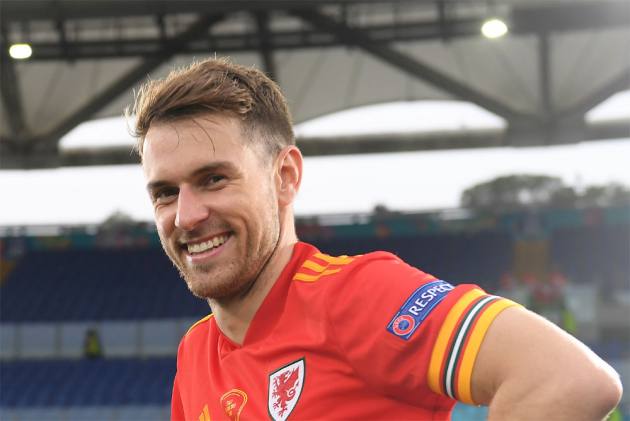 Juventus will likely be without Aaron Ramsey for several weeks after the midfielder injured his right thigh, also ruling him out of international duty with Wales. (More Football News)

Ramsey was forced off in the 59th minute of Juve's 2-2 draw at Udinese in its Serie A opener on Sunday.

“Due to a muscular problem reported at the end of the match played against Udinese, Aaron Ramsey underwent diagnostic tests ... this morning, which revealed a low-grade injury to the adductor major muscle of the right thigh,” Juventus said in a statement on Tuesday.

“In 10 days," it continued, "he will undergo new exams in order to precisely define the recovery time.”

Wales plays a friendly against Finland on Sept. 1 before World Cup qualifiers against Belarus and Estonia.

Ramsey has endured several injuries since arriving from Arsenal in 2019 but the 30-year-old has still made more than 60 appearances for the Bianconeri.