Juventus will be without injured forward Cristiano Ronaldo for their Serie A fixture against Atalanta, head coach Andrea Pirlo has revealed 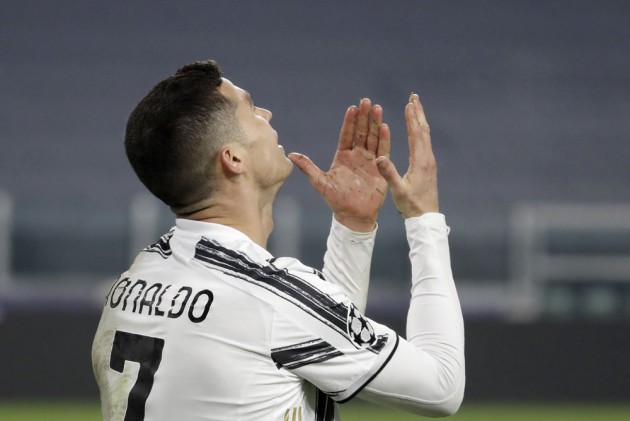 Cristiano Ronaldo will miss Juventus' Serie A clash with Atalanta on Sunday because of a thigh problem as head coach Andrea Pirlo blamed the player's workload. (More Football News)

The Portugal forward has been struggling with the injury sustained in Juve's 3-1 win over Genoa last Sunday and has not taken a full part in training this week, with Paulo Dybala set to start instead.

Juventus have drawn all three of the Serie A games Ronaldo has missed in this campaign, scoring just three goals in the process.

In the league fixtures where Ronaldo has played a part this season, Juve have a win percentage of 66.7 per cent from 27 games (18 wins, five draws and four losses) and have scored an average of 2.1 goals per game.

Pirlo lamented Ronaldo's absence and acknowledged the number of games the 36-year-old has played for club and country in a short timeframe have taken a toll on his fitness.

"Ronaldo will not be in for the match tomorrow," Pirlo said at a media conference on Saturday.

"In recent days he has not been able to recover from the flexor problem after last Sunday's game, he does not feel able to push it and would have risked it too much.

"We have decided to leave him at rest and we will try to recover him for Wednesday's match [against Parma]. This problem arose already on Monday after the game. He tried and went out with the team [in training] but couldn't push as he wanted.

"It was too risky to push it. The many matches, even those with the national team, influenced him and so many games did not allow him to recover.

"He has always been in good condition, then the matches in the national team accumulated. He too told me that he shouldn't have played the third game, but then that goal [against Serbia] was cancelled and they didn't get six points.

"They forced him to play the third as well, otherwise he would have returned to Juventus before the third."

5 - No player has more carries ending with an assist in this season's Serie A than Federico Chiesa (5). Accelerator. pic.twitter.com/CFIOfwZpK6

Atalanta’s last win against Juventus in Serie A came back in February 2001 and since then the Bianconeri have won 24 of the 32 league games between the two sides, drawing eight.

However, Juve have won only one of their last six games against Atalanta (D4 L1) when all competitions are taking into account, getting that victory in November 2019 in Bergamo.

Defending champions Juve are third in Serie A heading into Sunday's games – sitting 12 points behind leaders Inter, and a point ahead of Atalanta in fourth.

Pirlo added: "We have focused ourselves on a new goal, which is not the one suitable for Juventus who have always fought to win the championship.

"But unfortunately the points are a bit distant and the goal must be to finish the season well and reach the final goal [of Champions League qualification].

"We have worked well during the week knowing that Atalanta are a team with particular characteristics.

"They play a different football than the other teams and therefore we tried moves to counter their fierce pressure. We worked intensely during the week and I'm happy and confident for the game."