Manchester City will be without Kevin De Bruyne and Gabriel Jesus when they face Arsenal on Saturday, but Sergio Aguero could return 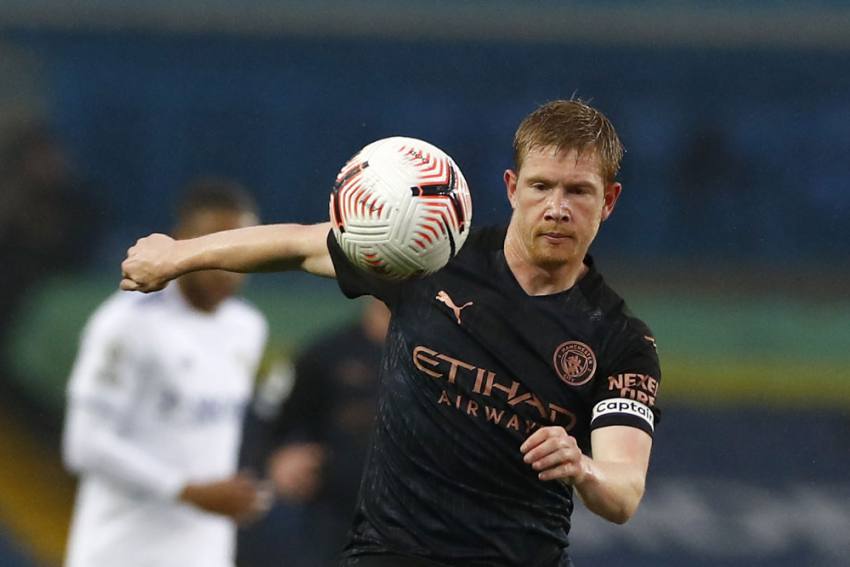 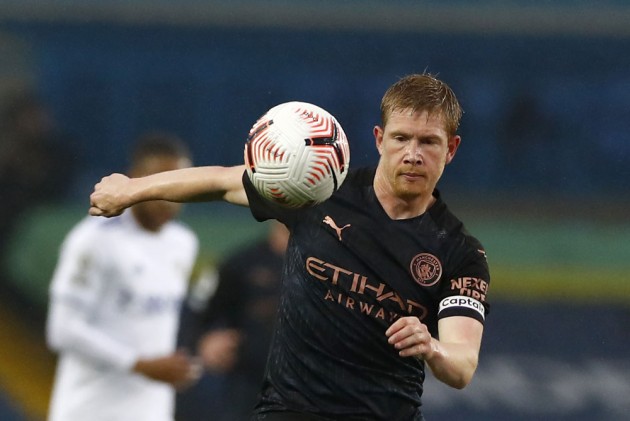 Kevin De Bruyne is set to miss a number of games for Manchester City due to injury, Pep Guardiola announced on Friday. (More Football News)

Midfield maestro De Bruyne went off in the second half of Belgium's 2-1 loss to England last weekend and sat out their 2-1 victory over Iceland on Wednesday.

Guardiola confirmed ahead of Saturday's meeting with Arsenal that the 29-year-old is set for a spell on the sidelines, though he was unsure exactly how long it will be.

Asked about the condition of his players after they returned from the international break, Guardiola said: "Everyone came back a little bit better than the time before, because the previous time [Joao] Cancelo, Bernardo Silva and other were injured and couldn't play the beginning of the season.

"Unfortunately Kevin is out, but the rest they came back well. I don't think [De Bruyne's injury] is much, but for the next games he will be out."

The City boss acknowledged that injuries are inevitable with the congested schedule and did not blame the international fixtures for the loss of De Bruyne.

"I never complain about the international games. I know how important it is for the players to play for their countries, it's an honour and a privilege," Guardiola said.

"UEFA and FIFA defend their own tournaments. We always want players to come back fit but sometimes they can get injured training with us. I am more of the opinion that players are injured because we demand so much of them after tough seasons.

"That's why there arrives a moment when the body says it's enough and they go down injured.

"Bernardo and the other players, Joao, they could not have a normal pre-season, they were injured, to get rhythm in these games was good for them."

City have been without all-time leading goalscorer Sergio Aguero since June due to a knee injury but he could make his first appearance of the season against Arsenal.

However, Gabriel Jesus, who has missed each of the team's past four matches, will continue to sit out.

"[Jesus] was injured. In some muscles you can take a risk and there are others where you cannot. He has an injury in the front part of his leg. If there was another incident we would lose him for a very long time. I don't know [how long he will be out]."

Saturday's game at the Etihad Stadium will see Guardiola go up against his former assistant Mikel Arteta, who has impressed the Catalan with his work in north London.

"Maybe we should clarify who is the master and who is the apprentice?" said Guardiola.

"We didn't have any doubts about what he's doing in a short period. He's settled really well and the way his team is playing right now is perfect for the quality they have.

"He was able to get Arsenal back in the position they were a long, long time ago. He's doing really well in all competitions and he's a competitor, a fighter, [with] clear things on the pitch.

"All the people who love him are more than happy with what he's doing in London."

Ronald Koeman Won't Back Down On Antoine Griezmann's Barcelona Position