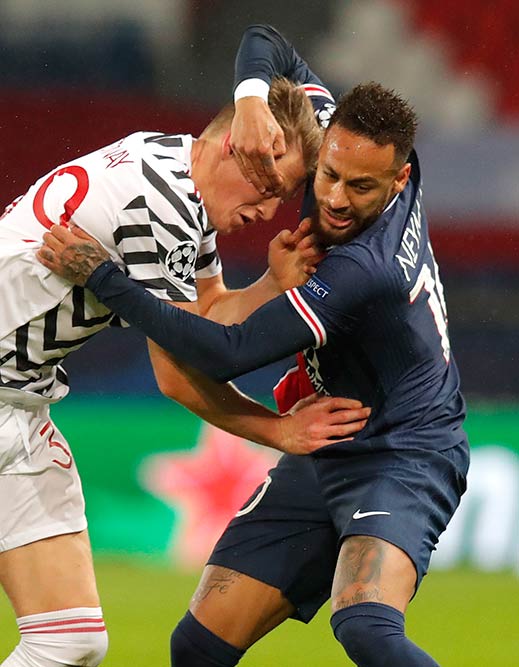 Neymar has been ruled out of Paris Saint-Germain's next three matches with an adductor injury and is a serious doubt for Brazil's World Cup qualifiers next month.

The 28-year-old was substituted after 28 minutes of PSG's 2-0 win over Istanbul Basaksehir in the Champions League on Wednesday.

From Saturday, PSG have three games in a week before the international break, as they face Nantes and Rennes in Ligue 1 either side of a Champions League trip to RB Leipzig.

"We are sad. He has a small injury to the adductor. He will be back after the [international] break," PSG head coach Tuchel told PSG TV.

"I think he cannot play for Brazil. If he plays all the matches it means that he is not injured, but he is. The information is that he will return after the break."

Kean netted both goals for PSG in their win over Basaksehir during the week, having also scored twice in Ligue 1 against Dijon last weekend.

"The best thing to integrate in a new club and a group for a striker is to score," Tuchel said in a media conference on Friday.

"The most important thing is that Moise continues to show the same desire and to put the same intensity on the pitch.

"He has a great physical capacity, and he must absolutely continue like this. It's weighing on the defences, and that's what we need."

PSG have won 16 of their last 17 Ligue 1 matches against Saturday's opponents Nantes, their only defeat during that sequence coming in a 3-2 loss in April 2019.

Tuchel's side head into the clash on the back of six consecutive victories in Ligue 1, having kept a clean sheet in five of those games.

The German believes the way in which Kean and fellow signings Rafinha, Alessandro Florenzi and Danilo Pereira have quickly adapted to life at the club is filling PSG with confidence.

"It's sometimes difficult to put too much intensity into it, but we are taking the time with them to explain the structure of the team, how things work and the desire to find space.

"Players also need the tension of matches in order to be at their best and it's the same here."

PSG are without the suspended Angel Di Maria, while Mauro Icardi, Leandro Paredes, Julian Draxler and Marco Verratti are all absent through injury.

Tuchel added: "We're taking risks with certain other players. It's difficult to make it so that everyone's at 100 per cent at the moment, but we're trying to be careful with that."