The injured Paul Pogba will miss France's next two Euro 2020 qualifiers, but Kylian Mbappe and N'Golo Kante return for the world champions 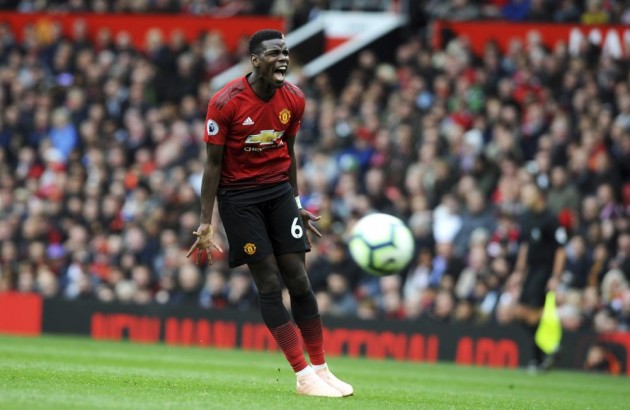 Kylian Mbappe, N'Golo Kante, Presnel Kimpembe and Steve Mandanda have been recalled to France's squad for their Euro 2020 qualifiers against Iceland and Turkey, but Paul Pogba is out through injury.

After missing last month's victories over Albania and Andorra due to a hamstring problem, Mbappe has returned to action with two substitute appearances for Paris Saint-Germain and regains his place in Didier Deschamps' selection.

Kante is also included after injury issues led to him missing September's qualifiers, while defender Kimpembe and veteran goalkeeper Mandanda have been rewarded for strong starts to the season with PSG and Marseille respectively.

However, there is again no place for Pogba, who is facing further treatment on the ankle injury that hampered him earlier in the season.

The Manchester United star was initially named in the group for the September internationals but sat out - replaced by Matteo Guendouzi - before returning to club duty in an EFL Cup tie against Rochdale last week.

Pogba then played 90 minutes against Arsenal on Monday, but he was left out of United's squad for Thursday's Europa League meeting with AZ as manager Ole Gunnar Solskjaer confirmed the midfielder required "further treatment and rest".

World champions France sit second in Group H, their only qualifying loss so far having come at the hands of Turkey in June.

Deschamps' men face Iceland in Reykjavik next Friday before hosting Turkey, the group leaders, at the Stade de France the following Monday.