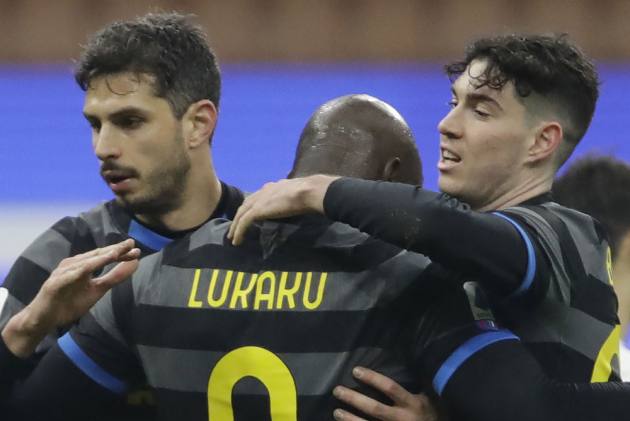 Romelu Lukaku scored twice as Inter kept the pressure up on Serie A leaders Milan with a confident 4-0 home victory over Benevento on Saturday. (More Football News)

Antonio Conte's side took the lead through a Riccardo Improta own goal in the seventh minute and were never really troubled at San Siro.

Lautaro Martinez ended a run of four Serie A games without a goal with a fine finish for Inter's second as he took his tally against newly promoted teams to eight in 14 appearances.

Lukaku then wrapped up the points for Inter when he scored twice with clinical finishes after smart assists from Martinez and Alexis Sanchez.

Inter showed their attacking intent straight from kick-off during a first half in which they dominated the possession (65.6 per cent) and had five shots while their opponents failed to register any.

They went ahead when Christian Eriksen curled a free-kick in from the right and the ball brushed Improta and deceived Lorenzo Montipo in the Benevento goal.

Martinez curled an ambitious shot just wide midway through the first half after a rampaging run from the right.

Just after the half hour the influential Eriksen picked out a dangerous run by Achraf Hakimi into the box, but he mistimed his header and the ball went wide.

Martinez fluffed another effort before half-time when he exchanged passes with Nicolo Barella only to lift his shot over the crossbar from a good position.

A deflected Eriksen shot rattled the crossbar early in the second half, and Martinez tapped in the rebound only to deemed to be in an offside position.

Martinez's persistence was rewarded shortly after when he notched Inter's second when the ball broke kindly for him after some neat play and he rifled a low shot beyond Montipo.

Benevento's attempts to pass the ball around on the edge of the area came unstuck in the 67th minute when Montipo gave the ball away and Lukaku was left with a simple finish.

The Belgium star scored his second with 12 minutes left when he received the ball from Alexis Sanchez inside the area and hooked the ball beyond the hapless Montipo.

Victories for fellow Scudetto rivals Milan and Juventus earlier in the day placed extra scrutiny on Inter, but they recorded seven consecutive home victories for the first time since December 2018.

Inter's win came in impressive style and Benevento have now lost all four of their Serie A games against Inter – more than against any other opponent.

Conte's side remain two points behind leaders Milan and five ahead of third-placed Juventus although the Bianconeri have a game in hand.

After the high of scoring the winning goal in Inter's derby victory over Milan in the Coppa Italia during the week Eriksen produced another display brimming with confidence and class.

Although Lukaku's goals will grab the attention the Denmark international pulled the strings in midfield with a fine display as he made 111 passes and 11 crosses – more than any other player.

Lapadula fails to make an impact

Lapadula managed three touches inside Inter's box but was unable to muster a single effort on goal during a one-sided contest.

- Inter have won seven consecutive home games for the first time since December 2018 in Serie A, under Luciano Spalletti.
- For the first time in their history in Serie A, Benevento ended a match without making a single shot.
- Romelu Lukaku has already scored more home league goals this term (10) than he managed in the entire last Serie A campaign (8).
- Inter have scored 49 goals so far, only fewer than Bayern Munich (57) in the top-five European leagues in 2020-21.

Inter will play the first leg of their Coppa Italia semi-final against Juventus at San Siro on Tuesday. Benevento are back in Serie A action a week on Sunday when they host Sampdoria.