Inter Milan Vs AC Milan Live Streaming: When And Where To Watch Milan Derby

Don't miss historic Milan Derby between Inter Milan Vs AC Milan featuring evergreen Zlatan Ibrahimovic. Here's how you can watch the Series A 2019-20 match between Milan neighbours on TV and online 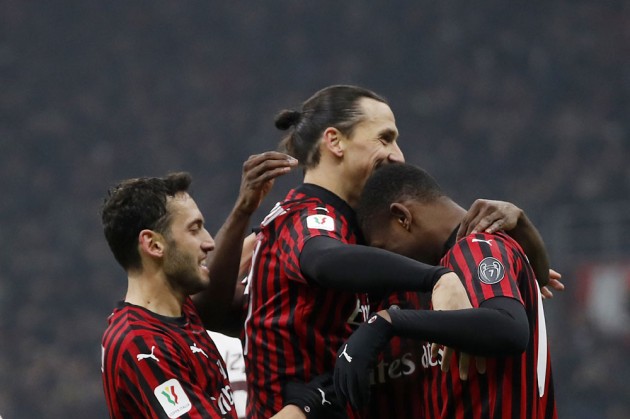 The iconic San Siro will host another Milan Derby (Derby della Madonnina, also known as Derby di Milano) between Internazionale (Inter Milan) and AC Milan early Monday morning (India time). Milan Derby is like no other. More than 75,000 are likely to attend the match this famous cross-town rivalry at the heart of Milan. (More Football News)

Rewind to 2018-19 and Inter pipped Milan to the fourth and final Champions League spot by a solitary point. Fast forward to this season and Milan find themselves ninth and 19 points adrift of their title-chasing Serie A neighbours in February.

And this time, evergreen Zlatan Ibrahimovic will add spice to the fare. His return has provided the much-needed impetus to I Rossoneri, but it will be a tough ask for Stefano Pioli's side to beat Antonio Conte's Internazionale. Zlatan, 38, played his first Milan Derby as an Inter player 13 years ago, while his last was for rivals Milan back in May 2012 when he scored twice.