Thomas Bach spoke to about 400 reporters on a conference call and was quizzed why, despite growing concern from athletes, it took so long to postpone the Tokyo Olympic Games 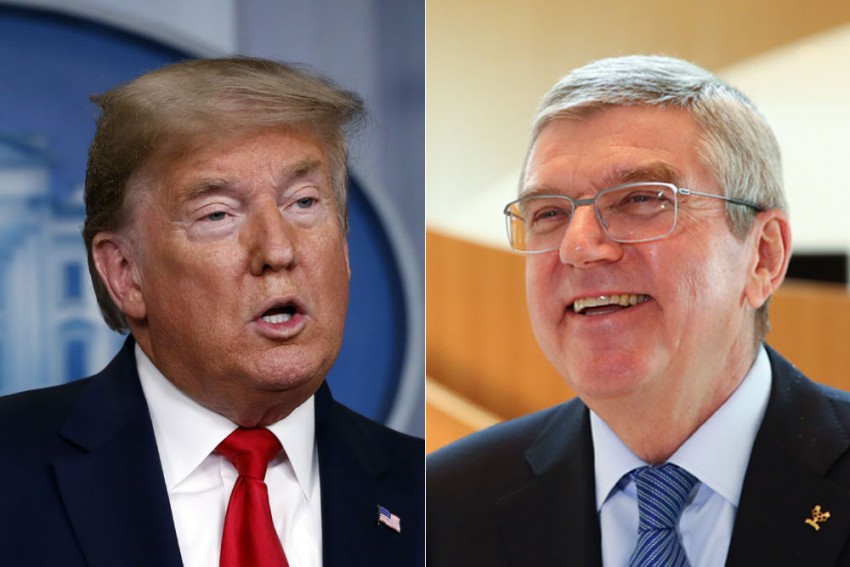 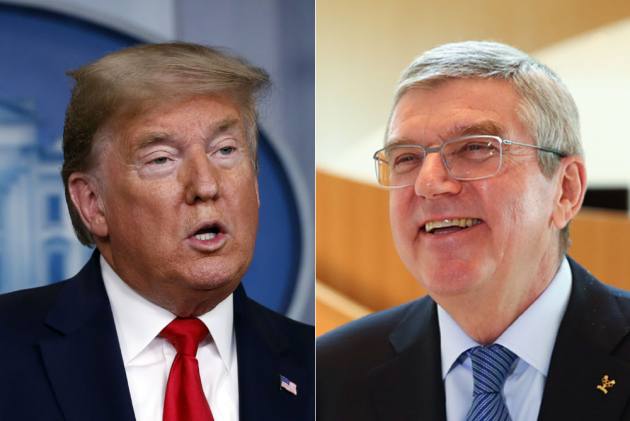 A day after officially postponing the Tokyo Olympics, IOC president Thomas Bach invoked comments by President Donald Trump to defend himself from criticism on Wednesday.

Bach spoke to about 400 reporters on a conference call and was quizzed why, despite growing concern from athletes, it took so long to postpone the Tokyo Games. He noted that many governments have imposed social limits only into next month and pointed to Trump's hope of easing restrictions by mid-April.

"In the last couple of weeks the measures of many governments, they were limited until the middle of April, some beginning of May," the International Olympic Committee president said.

"You have maybe seen the latest declarations there in the United States from President Trump about the prospect of the middle of April there being able to lift many restrictions."

Bach and the IOC faced mounting criticism last week from athletes, including Olympic gold medalists, for continuing to publicly support holding the Tokyo Games as scheduled from July 24-Aug. 9. The Canadian Olympic committee said before the decision it would not send a team to Tokyo in 2020.

Even Trump said on March 12 at the White House that the Olympics should be postponed for a year.

The IOC board's eventual decision on Tuesday, with Japanese government agreement, to delay until 2021 came a day after the World Health Organization said the coronavirus pandemic is accelerating.

Bach was also asked by a reporter from his native Germany if he had thought of resigning because of the athletes' criticism.

The postponement calls for the Tokyo Games to take place no later than the summer 2021, and Bach was asked about options if the pandemic continued into next year.

"We want, and we will, organize the games only in a safe environment,” he said.

Although an exact one-year postponement to July 23-Aug. 8 is possible, the Tokyo Games don't have to open in July.

"All the options are on the table," Bach said, adding that a task force of IOC and Japanese officials named "Here We Go" is looking at new dates.

"This task force can consider the broader picture. This is not just restricted to the summer months," Bach said.

The IOC president called for compromise on all sides as the biggest sports event of 2020 now lands in the already congested calendar of 2021. Both track and swimming have their world championships scheduled for next year in July and August.

One issue for Tokyo organizers is retaining control of the village set to house most of the 11,000 athletes. The sprawling site on Tokyo Bay of more than 5,600 apartments is to be sold off after the Olympics. About 25% have reportedly been sold, with some costing more than $1 million.

"It is one of the many thousands of questions this task force will have to address," Bach said.

One potential problem looks easily resolved. Sponsors whose IOC deals expire this year will continue through the rescheduled games, which will still be called the 2020 Tokyo Olympics. They include Dow, General Electric and P&G.

"We see their full support for this," Bach said. "For me, it's a logical consequence that the sponsors ... keep their rights even if the games are organized in '21."