The IOC had decided to "suspend all discussions" with India regarding hosting of global sporting events after Pakistani shooters were not issued visas for the World Cup held in New Delhi in February this year. 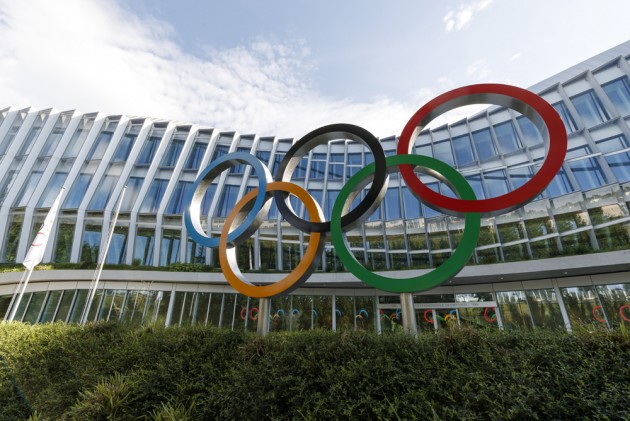 The International Olympic Committee lifted its restrictions inflicted on India, regarding hosting rights. The announcement came two days after the union government promised that all eligible athletes would be given visa, and it won't be judged politically.

The IOC Executive Board met in Lausanne on June 20, and henceforth the decision was reached. Also, a letter was sent to Indian Olympic Association boss Narinder Batra. In the letter, IOC's Director James Macleod stated that the IOC was satisfied. 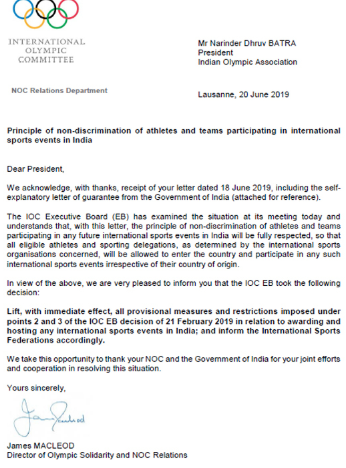 The letter further stated that with immediate effect, all restrictions imposed would be removed.

"Lift, with immediate effect, all provisional measures and restrictions imposed under Points 2 and 3 of the IOC EB decision on February 21, 2019 in relation to awarding and hosting any sports events in India, and inform the international federations accordingly," stated the letter.

Also recently, President Ram Nath Kovind quipped that India needs to discover talents to become a powerhouse in the sports sector, while addressing the joining sitting of both Houses of Parliament on June 20.

The 73-year-old further revealed that the new government would widen the 'Khelo India Programme'. It will be done so that the entire country is covered by it.

Kovind said that when a country performs well in sports competitions, it increases the pride of the country, and also increases the interest of children and youth in sports. He further added, "It also strengthens the culture of according primacy to health in life".

The IOC had decided to "suspend all discussions" with India regarding hosting of global sporting events after Pakistani shooters were not issued visas for the World Cup held in New Delhi in February this year.