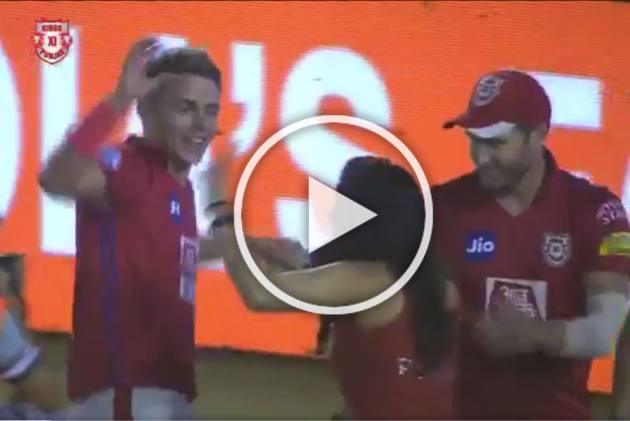 Kings XI Punjab (KXIP) bowler Sam Curran on Monday became the first bowler to take a hat-trick in the 2019 edition of Indian Premier League (IPL) during their match against Delhi Capitals (DC) at Mohali.

Soon after setting up the win, KXIP's costliest buy shook a leg with the owner of the franchise and Bollywood actor Preity Zinta in an impromptu bhangra routine.

Curran proved his worth with an incredible spell at the back end as the home team pulled off a miraculous 14-run victory against Delhi.

Punjab's 'million dollar man' picked up 4 for 11 in 2.2 overs including a hat-trick and was ably supported by Mohammed Shami as Delhi Capitals were shot out for 152 in 19.2 overs in pursuit of 167.

Sam Curran has reminded me of what @IrfanPathan used to be at this age: handy with the bat and a lethal match-turner as a bowler. #IPL2019 #KXIPvDC pic.twitter.com/Ak9y0XDwQd

From 144 for 3, Delhi lost their last seven wickets for 8 runs, something that will haunt them for days to come especially after Rishabh Pant and Colin Ingram set up what looked like an easy win.

Pant muscled a couple of sixes into deep mid-wicket stand during 39 off 26 balls as Ingram (38 off 29 balls) bisected the off-side field with some precision cut shots during their stand of 62 in 6.5 overs that took Capitals closer to victory.

However, there were more twists and turns than what Capitals had thought.