After the success in Australia, Kohli's fortunes seemed to have taken a nose dive and RCB lost three games on the bounce in the IPL 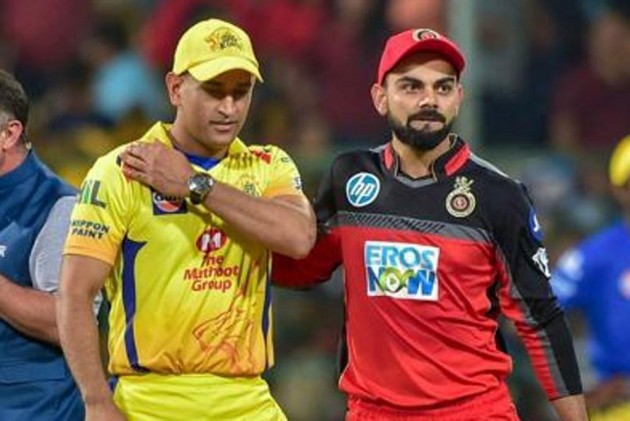 Please read this with caution!

A leading news portal published on April 01 claimed that after Sunday's mauling at the hands of SunRisers Hyderabad (SRH) in their Indian Premier League (IPL) match, Royal Challengers Bangalore (RCB) captain Virat Kohli has announced to step down as the captain of both the Bangaluru-based team and India. And the 30-year-old also requested Mahendra Singh Dhoni to lead India in the upcoming World Cup in England.

The unexpected announcement came hours after RCB tasted their third successive defeat in the cash-rich T20 league at Hyderabad. In one of the most one-sided matches in the history of IPL, RCB suffered a 118-run defeat with SRH openers Jonny Bairstow and David Warner hitting centuries in a record opening stand.

Can Kohli Inspire RCB To First Win Of IPL 2019 Season?

Not happy with the right-hander's performance, fans trolled the India captain.., asking him to take retirement.

After the match, Kohli admitted that the defeat was one of their worst ever, and said that there's nothing he can explain. Earlier, they have suffered losses against the MS Dhoni-led Chennai Super Kings (CSK) and Rohit Sharma's Mumbai Indians. It's pertinent to mention here that Kohli took over India captaincy reigns from Dhoni, while Rohit is the vice-captain of limited overs sides.

"One of our worst losses ever. Literally, nothing I can explain. Nothing went right for us from ball one until our last wicket fell in the second innings. We were outplayed in all departments by a quality side. They showed that they are a champion side - they were finalists last time and beat us in the final (in 2016)," a dejected Kohli said after the match.

But nobody would have thought that Kohli will take such a drastic step call it a day and hang his cricket boots, or whatever.

"I do not want to continue as the captain of India at the moment. I believe MS Dhoni is better placed to lead the team in the World Cup. It is a big tournament and comes once in four years. We want to win the World Cup and I believe we have the team to win it," the news sits quoted Kohli as saying.

Known for his head-strong personality, Kohli is often compared with some of the greatest captains the game has ever seen. Besides his insatiable hunger for runs, Kohli likes to lead from the front. But in the last few innings, he seemed to have wilted under the pressure.

"I think my luck is not siding by me. In cricket and to win big tournaments, somewhere down the line one must get lucky. MS is better on that front. All the factors combined, I have decided to ask him to walk out as India skipper for one last tournament," Kohli added.

In fact, former India opener Gautam Gambhir lambasted Kohli, saying that the right-handed batsman is lucky to have survived as the captain of RCB despite not winning the IPL. Unlike Kohli, both Dhoni and Rohit have led their respective teams to three IPL titles.

In a career spanning more than a decade, who started as a 'Delhi brat', Kohli became one of the greatest batsmen of all time, and he was on course to break most of the batting records, including the ones held by legendary Sachin Tendulkar.

And as a captain, Kohli had led India to memorable wins. But the best of the lot was India's maiden Test and ODI series Down Under against the Aussies.

Meanwhile, Dhoni hit an unbeaten 46-ball 75 to guide defending champions CSK to an 8-run win over Rajasthan Royals. They are unbeaten in the tournament. Interestingly, Dhoni himself is working overtime to stay relevant in the Indian set-up. Dhoni is the only captain to have won all three ICC-sanctioned tournaments – T20 World Cup (2007), ODI World Cup (2011) and Champions Trophy (2013).

India will start their World Cup campaign on June 5 at the Rose Bowl in Southampton when they take on South Africa.

This is just another April Fools' prank. Hope it was worth your time.