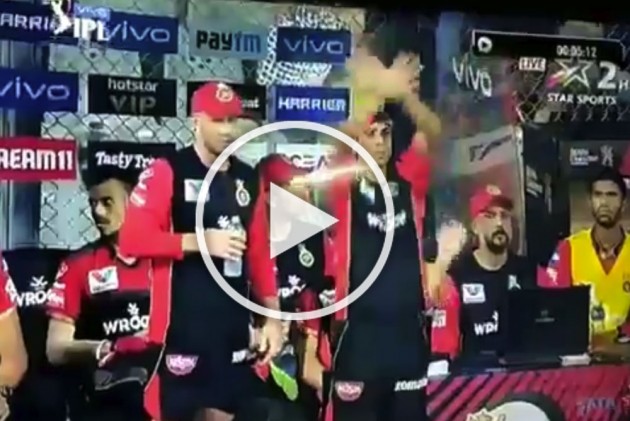 Mumbai needed 22 runs from the last two overs and the game was still in a balance, but Hardik took just six balls to hit the required runs, smashing left-arm spinner Negi for two boundaries and as many sixes to end the run chase.

And considering the fact that the Wankhede pitch was turning into a rank turner, the decision to employ a spinner look the best call a captain could take in the given circumstances. But Kohli seemed to have missed the plot. Negi is a part-timer and both Hardik and Pollard are two of the best timers and power hitters, often clearing biggest of boundaries from the backfoot.

But it will be wrong to put all the blame on Kohli, who's having more than enough on his plate.

Some of the blame lies on the sidelines, the gung ho staff, who undermined the authority of a captain. And the protagonist/antagonist, whatever, was former India pacer Ashish Nehra, for whom Kohli went at lengths to have a farewell match at Delhi som years back.

Relive what really transpired before that start of the penultimate over:

Hardik produced a sensational late cameo of 37 not out off just 16 balls as he guided MI to a five-wicket win to complete a league double against RCB.

Chasing 172 for a win, the match was in a balance when he came out in the 16th over but Hardik, who was named in India's World Cup squad on Monday, turned the game on its head, smashing five boundaries and two sixes during his unconquered 16-ball innings on a turning track.