A possible no-ball controversy involving MS Dhoni and Jasprit Bumrah was averted with a timely revision from Nigel Llong during the Qualifier 1 match of the Indian Premier League (IPL) 2019 between Chennai Super Kings (CSK) and Mumbai Indians (MI). 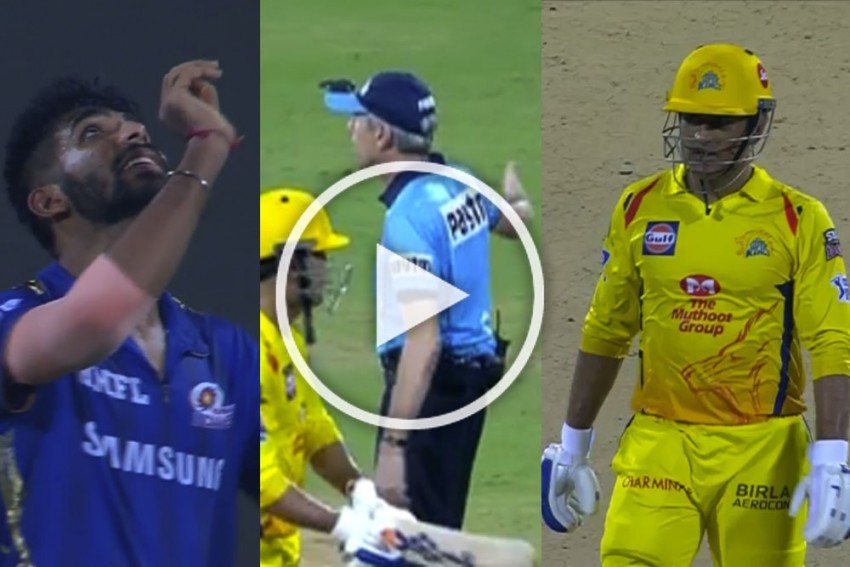 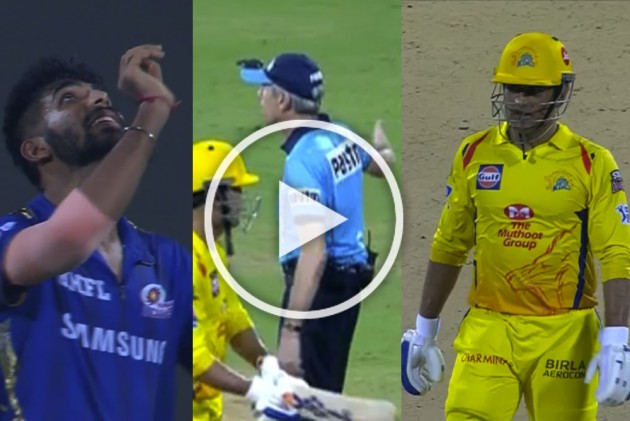 It all happened in the last over of the Chennai Super Kings's (CSK) innings against Mumbai Indians during the Qualifier 1 of the Indian Premier League (IPL) 2019 at Chepauk on Tuesday. Jasprit Bumrah 'got the prized wicket' of MS Dhoni, who lost his bat, then umpire Nigel Llong redeemed himself with a timely no-ball call.

Dhoni hit the first ball of the over to backward point, and Ishan Kishan takes a very good catch as Mumbai Indians celebrate the big wicket. Dhoni walked off without his bat, but Ambati Rayudu seemed to have prompted Llong to recheck the front foot. And voila, Bumrah was overstepping.

It could have gone horribly wrong. The flying bat could have hit a fielder, and another controversy for the umpire would have created a huge furor.

Llong was involved in no-ball controversy during Royal Challengers Bangalore (RCB) vs SunRisers Hyderabad (SRH) match at Bengaluru, which spiraled out of control for the English umpire. When confronted by RCB captain Virat Kohli after the match, he reportedly kicked a door.

Batting first, CSK set a modest 132-run target for MI. The winners of the match directly go the final, while the losers will get another chance, against the winners of the Eliminator between Delhi Capitals and SunRisers Hyderabad in the Qualifier 2.