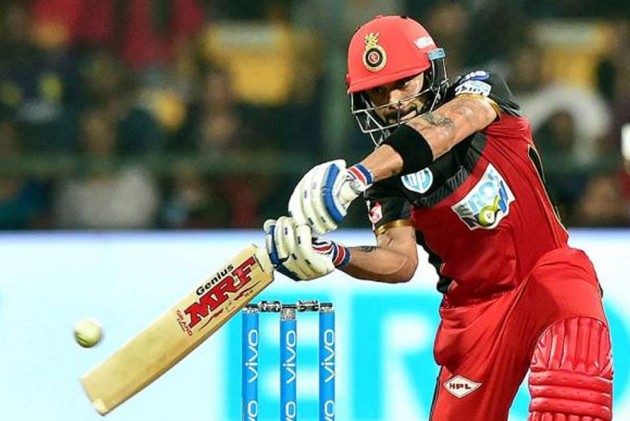 After losing their previous 4 matches, Royal Challengers Bangalore (RCB), will be hoping to revive their form and performance as they eye for their first victory in this edition of Indian Premier League (IPL) when they take on Kolkata Knight Riders (KKR) in M.Chinnaswamy Stadium at Bengaluru on Friday.

In search of their first victory, RCB is expected to make some changes and experiment with the squad.

RCB's performance this IPL has been disappointing, both with the bat and ball, and a dejected captain Virat Kohli has conceded that his struggling team is yet to get the right balance but will continue experimenting with its combinations.

They lost their last game by seven wickets against Rajasthan Royals in Jaipur and now they will be up against a balanced KKR side, who have won two matches out of the three that they have played so far.

The last time RCB beat KKR was in May 2016 at Eden Gardens and they have suffered defeats in their last three encounters against the Kolkata-based side at Bengaluru.

Batting collapse is the biggest worrying factor for RCB and to make matters worse, captain Kohli's form has not been up to the mark by his high standards. He has managed a below 20 average in four games. Parthiv Patel and AB de Villiers are the only batsmen who have an average above 20.

In their first match against Chennai Super Kings (CSK), RCB were bowled out for a paltry 70 in 17.1 overs after their top-order crumbled before the bowling of Harbhajan Singh and Imran Tahir.

Against Sunrisers Hyderabad, the RCB bowlers allowed SRH to post a mammoth 232 with centuries from Jonny Bairstow and David Warner. RCB then collapsed to an embarrassing 35 for 6 in the eighth over, with Kohli and de Villiers contributing just four runs between them. In the end, they were skittled out for 113 to lose the match by a massive 118 runs.

Against Rajasthan Royals (RR) too, RCB top order failed, except Parthiv who scored a half century. The RCB think-tank would be hoping that their top order batsmen come out with flying colours on Friday against KKR.

The bowling department has also been disappointing. Apart from Yuzvendra Chahal, all the other RCB bowlers have not been among wickets and have conceded far too many runs in death overs.

Though KKR lost their last game by 3 runs in Super Over against Delhi Capitals (DC), their confidence level is still high with their batsmen, including Nitish Rana, Andre Russell, Robin Uthappa and Shubhman Gill, being in top form.

Russell has been in sensational form with his incredible power-hitting ability that helped KKR win two matches. Restricting him will be a challenge for Chahal and company.

Nitish Rana has been impressive as an opener and in the middle order too in the first two games. The performance of Gill will be watched keenly since he is tipped to be a future Indian star.

Considering the dimensions of the ground, and the history of Bengaluru wicket being a high scoring one, this match is going to be a high scoring thriller.