Coming at number four in the 11th over, Yuvraj Singh took some time to settle, then went berserk in the 14th over of the MI innings against RCB in an IPL 2019 match 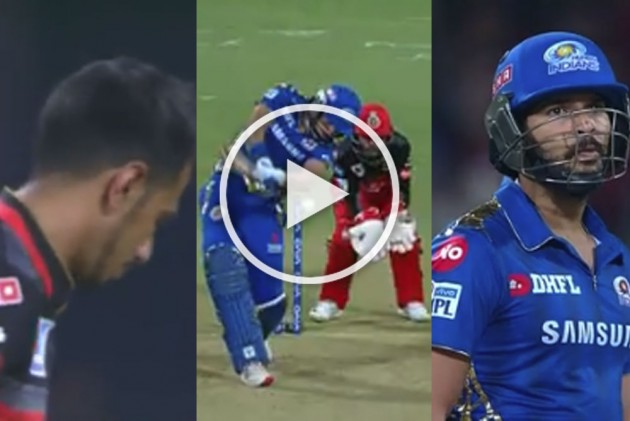 Veteran Yuvraj Singh showed his mercurial hitting prowess by dispatching Yuzvendra Chahal for three sixes in an over during an Indian Premier League (IPL) match between Royal Challengers Bangalore (RCB) and Mumbai Indians at Bengaluru on Thursday.

Coming at number four in the 11th over, Yuvraj took some time to settle, scoring four runs from the first eight balls he faced. Then, in the 14th over, he punished Yuzvendra Chahal with three sixes before eventually getting out while going for the fourth.

In the first match, Yuvraj scored a half-century in a losing cause. The legendary all-rounder, is playing for the Mumbai-based team for the first time.

He is best known for hitting England pacer Stuart Broad for six sixes.