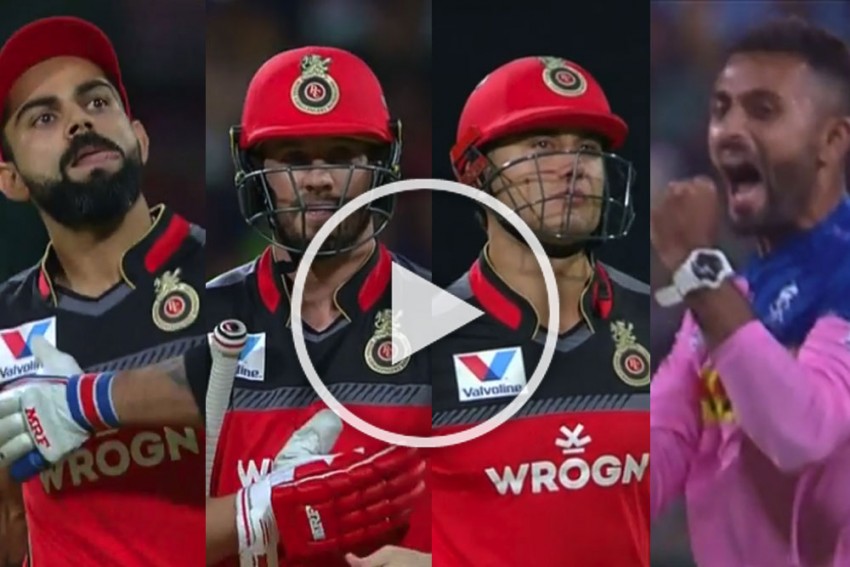 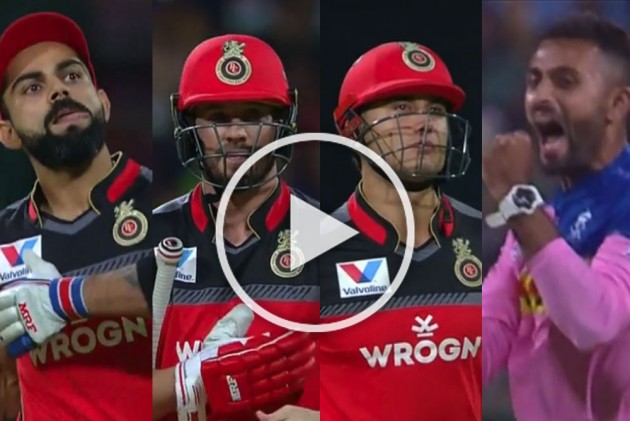 In a rain-interrupted match, which was eventually abandoned, RCB got off to a flying start with skipper Kohli hitting Varun Aaron for two sixes off the first two balls and ABD getting two fours. As expected in a five-overs match, 23 runs have been scored from that first over.

But Gopal claimed the wickets of batting greats Kohli and ABD after being hit for a six, a four and a double off the first three balls. Then, he wrapped up the over with the wicket of hard-hitting Stoinis to complete his second hat-trick of the season. The three have a combined 40,832 international runs with 114 centuries.

In March, Gopal took a hat-trick against Haryana in their final round match in the Group E of Syed Mushtaq Ali Trophy 2019.

Chasing a 63-run target, the visitors were at 41/1 in 3.2 overs when the rain came again and the match had to be abandoned.

Both the teams had to share the points after the result. The result also meant RCB are now officially out of the tournament. Whereas, Rajasthan with 11 points, will have to win their final encounter at any cost and also hope for favourable results in other matches in order to make it to the playoffs.

Rajasthan will next lock horns with Delhi Capitals at the Feroz Shah Kotla on Saturday. RCB, meanwhile, will play their last match of the season against Sunrisers Hyderabad later the same day.