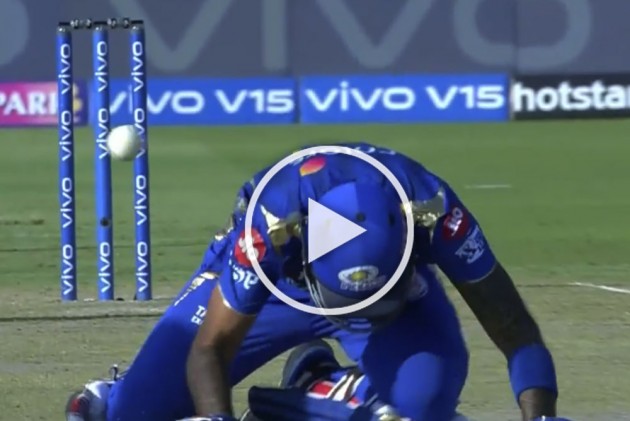 He played the third ball of the 12th over, bowled by Jaydev Unadkat, to backward point. Jofra Archer fired a throw at the bowler's end. But the ball missed the target and hit Suryakumar on the back.

Steve Smith (59 not out) played a captain's knock as RR kept their playoff hopes alive after defeating MI by five wickets.

Despite wickets falling at regular intervals for Rajasthan, Smith kept one end intact and ensured that his team crossed the line with five balls to spare. Smith's innings was laced with five boundaries and a six.

Sanju Samson and Riyan Parag too supported their skipper with useful knocks of 35 and 43, respectively.

For Mumbai, Chahar was the pick of the bowlers with figures of 3/29 while Bumrah bagged one wicket.

Earlier, put into bat, Mumbai put up 161/5 with opener Quinton de Kock hitting a scintillating 65-run knock. Apart from de Kock, Suryakumar chipped in with a valuable 34 while Shreyas Gopal once again starred with the ball for Rajasthan, conceding just 21 runs from his four overs besides picking up two wickets.