The IPL 2020 came to an end on Tuesday with Mumbai Indians beating Delhi Capitals in Dubai, UAE for a record fifth title. The tournament was moved from India due to the COVID-19 pandemic 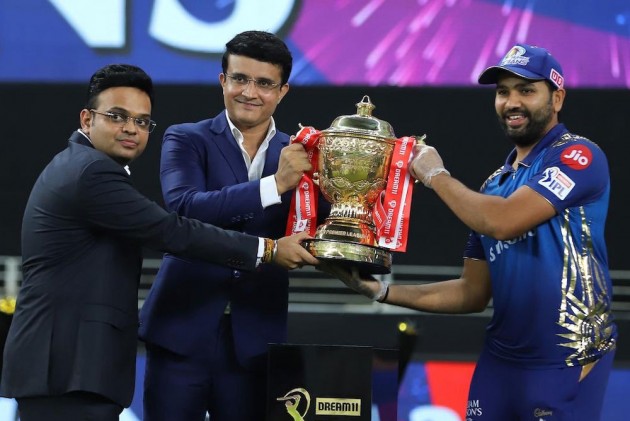 BCCI president Sourav Ganguly on Wednesday acknowledged that it was mentally tough for players to be in the just-concluded Indian Premier League's bio-bubble and thanked them for showing resolve to make the tournament a success. (More Cricket News)

The IPL came to an end on Tuesday with Mumbai Indians beating Delhi Capitals by five wickets here for a record fifth title. The tournament was held at three venues in the UAE sans crowds due to the COVID-19 pandemic.

"@bcci.along with the office bearers I personally thank all the players of each IPL team, for going thru the tuff bio bubble to make this tournament possible..it was tuff mentally, and ur commitment makes indian cricket what it is @JayShah @ThakurArunS," Ganguly tweeted.

The event is usually held in April-May each year but had to be postponed after COVID-19 cases shot up in India.

Following months of deliberation, it was shifted to the UAE venues of Dubai, Sharjah and Abu Dhabi and was conducted in a bio-secure environment.

BCCI treasurer Arun Dhumal echoed Ganguly's sentiment and hoped that the world's biggest T20 event will return to its full glory next year.

"Congrats to Team IPL under the dynamic leadership of @SGanguly99 & @JayShah for organising the most successful #Dream11IPL under such challenging times. A big thanks to all the cricket fans for their love and support. We truly missed u. Hopefully the roar will be back in IPL2021," Dhumal tweeted.

The IPL largely passed off without any glitch here and 13 COVID cases in the Chennai Super Kings franchise before the tournament's start was the only major hiccup that the organisers endured.