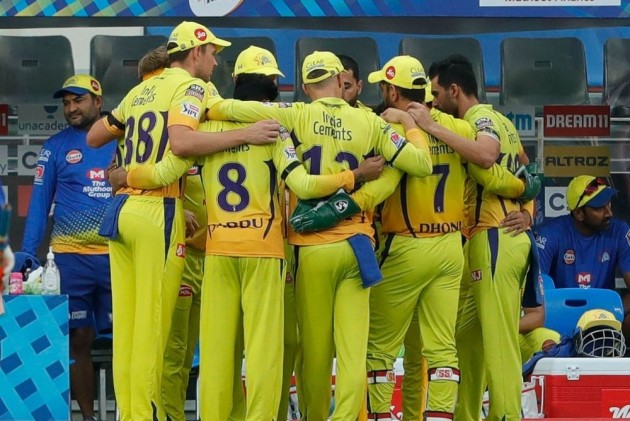 Australian cricket legend Dean Jones has a special relationship with Chennai. Deano, as he was popularly known, died in Mumbai on Thursday. The Aussie was on an assignment for IPL 2020's broadcasters, Star Sports.

In what has been a cricket innings forever etched in the minds of Test fans, it was at the Chennai's MA Chidambaram on an unbearably hot September 1986 that Dean Jones scored one of the most fascinating double centuries.

India and Australia were playing a Test in Chennai between September 18-22. In sweltering atmosphere, with the sun beating down mercilessly, Jones stuck it out for 503 minutes to score 210 off 330 balls.

More than once he was overcome by nausea and bouts of cramps, Dean Jones was dehydrated but not once did it occur to the 25-year-old from Victoria, playing in only his third Test to retire.

"The Super Kings are wearing black armbands in memory of Dean Jones and SP Balasubrahmanyam. One had an absolutely iconic day at Chepauk, the other's life has changed and shaped all of us in so many ways. Lion faceYellow heart #RIPSPB #RIPDeanJones #WhistleFromHome #WhistlePodu #Yellove #CSKvDC," CSK wrote on its Twitter handle.

The Super Kings are wearing black armbands in memory of Dean Jones and SP Balasubrahmanyam. One had an absolutely iconic day at Chepauk, the other's life has changed and shaped all of us in so many ways. ï¦ÂÂÂïÂÂÂÂÂÂ #RIPSPB #RIPDeanJones #WhistleFromHome #WhistlePodu #Yellove #CSKvDC

Your songs will live on forever. Rest in peace Legend! #RIPSPB pic.twitter.com/8r9dnfGfBT

Absolutely devastated to hear about the demise of Dean Jones. A colossal loss to the cricketing community. His connection to Chepauk will always be cherished. Deepest condolences to his family and friends. May his soul rest in peace. pic.twitter.com/mDHO0d76d0

SP Balasubrahmanyam, popularly as SPB, died in Chennai on Friday afternoon after a long battle with COVD-19 infection.