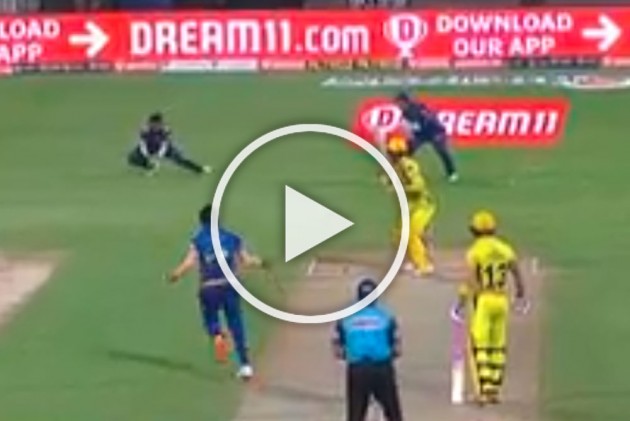 A stunned-commentary panel consisting of some of the world's most recognisable voices asked in collective disbelief, "what's going on" on Friday as cricket's presumed Clasico unfolded in a shocking manner on the eve of the actual Clasico.

The Indian Premier League (IPL) clash between the two most successful teams -- Chennai Super Kings and Mumbai Indians -- was a no contest.  At the time filing of the report, MS Dhoni's CSK, probably with the biggest fan following for any cricket franchise, were 52/7 in ten overs. The three-time IPL champions crossing the 50-run mark was in itself a miracle considering how the play had started.

Defending champions Mumbai Indians lost skipper Rohit 'Hitman' Sharma before the start of the match, but his absence spurred the team and under stand-in skipper Kieron Pollard, they dominated their bitterest rivals.

Pollard won the toss and threw the ball to Trent Boult. The Kiwi quick set up promoted Ruturaj Gaikwad brilliantly and trapped in front with the fifth ball of the first over. Watch it here: