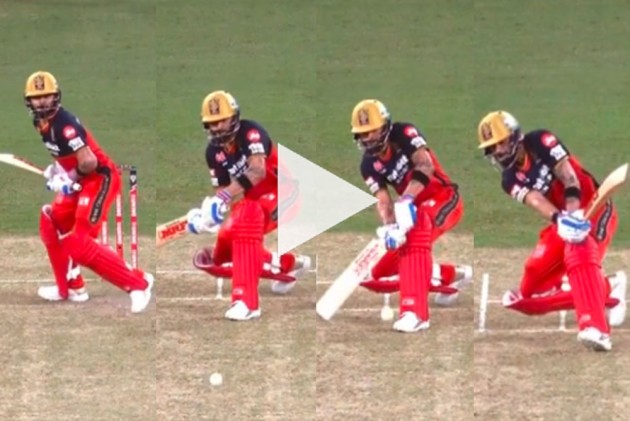 During his unbeaten 90-run knock off 52 balls, Kohli hit four fours and fours sixes, including one boundary which was perfected by RCB team-mate and good friend AB de Villiers.

As seen in the video, Kohli prowled and from a vantage position played Dwayne Bravo's delivery to the vacant fine leg area with a well-timed scoop. After the shot, he even signalled to the dressing room.

Kohli also became the first RCB player to score 6000 runs. The 31-year-old reached the mark in the 13th over.