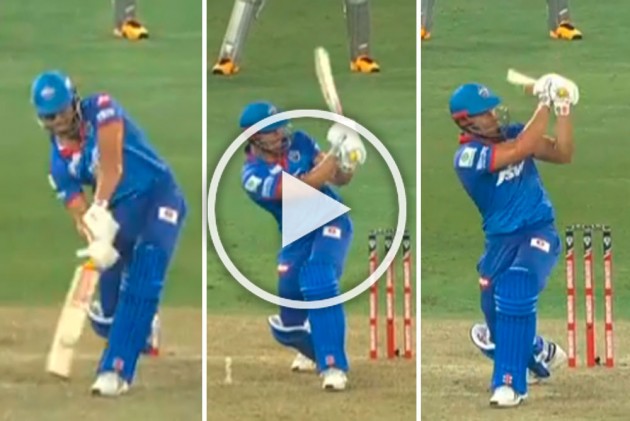 Stoinis, 31, hit a 20-ball fifty after Mohammed Shami toyed with Delhi batsmen. In his 21-ball innings, the Aussie hit seven fours and three sixes, the majority of which coming in the last two overs of the Delhi innings, bowled by Sheldon Cottrell and Chris Jordan respectively.

In the process, Stoinis also matched legendary Virender Sehwag as the joint-second fastest fifty hitter for DC. Chris Morris leads the chart with a 17-ball fifty against the now-defunct Gujarat Lions in 2016.

It doesn't come as a surprise, though. He is being groomed as Australia's own MS Dhoni. And tonight, he showed a glimpse of what's coming.

Earlier, KXIP captain KL Rahul won the toss and opted to bowl first. Then, Shami broke Delhi's backbone in a fiery spell. The right-arm pacer returned with figures of 3/15, his best IPL efforts.