Royal Challengers Bangalore have in their ranks Aaron Finch and Moeen Ali, who will be busy in a bilateral series comprising three T20Is and three ODIs, before the IPL 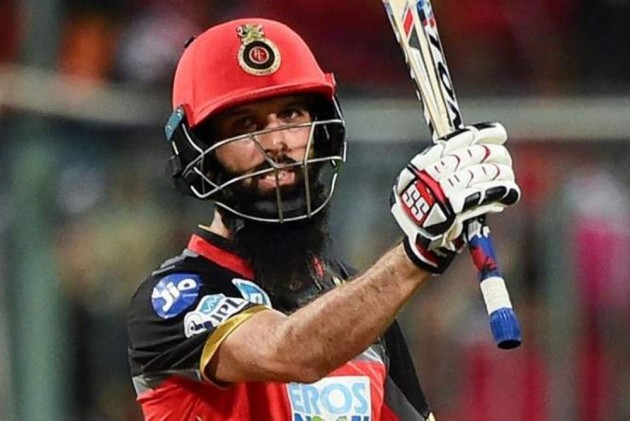 IPL-bound players from England and Australia will not be required to undergo a six-day quarantine in the UAE to enter the tournament bubble as they will be coming from a controlled environment, RCB chairman Sanjeev Churiwala said on Thursday.

Royal Challengers Bangalore have in their ranks Aaron Finch and Moeen Ali, who will be busy in a bilateral series comprising three T20s and three ODIs, before the IPL.

The limited-overs matches are slated to be held in England from September 4 to 16.

The IPL starts on September 19 and, in all likelihood, all the English and Australian players will land in the UAE via a charter flight on September 17, making them available for their respective team's opening match.

"It is very clear from BCCI SOP that each and every player has to go through quarantine (in UAE). However, the players from England and Australia would already be in a bio-bubble as they would be playing the series there," said Churiwala.

"If they continue to remain in that bio-bubble and we can send a charter plane then they are as secure as other payers.

"But they will have to go through COVID testing procedures after landing. It will be more stringent in their case. There will be no compromise on safety," added Churiwala in a select media interaction on the eve of his team's departure to the UAE.

If things go as per plan, then the players might be available for their respective team's opening game, which they would have otherwise missed in case of a six-day quarantine.

The eight teams had initially pressed for a three-day quarantine for their players to start training earlier, but the BCCI did not agree to that.

England have already become used to the bio-secure environment after hosting West Indies and Pakistan in twin Test series. The series in England will be the first one for Australia amid the pandemic.

As per the UAE government, players from both countries will need to furnish COVID-19 negative test certificates issued no more than 96 hours before departure.

Churiwala hinted that even for the South Africa players due to take part in the IPL, a charter flight will be organised.

Updating on RCB's foreign players' arrival, he said: "South Africa players will arrive on August 22, September 17 for England and Australia players, Sri Lanka on September 1. There could be slight change in this schedule," he said.

The Virat Kohli-led team will be based out of the Waldorf hotel in Dubai for the tournament's entire duration. A dedicated block of the hotel has been booked for the team, informed Churiwala.

"We wanted a exclusive facility in the centre so the players have short travel time (between Dubai, Abu Dhabi and Sharjah) and there is 100 percent compliance of the bio-bubble.

"We have booked the entire block which has 155 rooms with exclusive facilities like team rooms, gym and dining. All the hotel staff will also be tested to ensure more safety," said Churiwala.

Considering that the family members too strictly need to adhere to the tournament protocols, not many RCB players are travelling with their kids and companions this time.

"It is a personal choice of the players but as far as I know, most of the players are not travelling with families. If they do, they will strictly have to follow the BCCI SOP," Churiwala added.