Mumbai Indians skipper Rohit Sharma was involved in a horror mix-up with Suryakumar Yadav, but played captain's knock to help the team to fifth IPL title 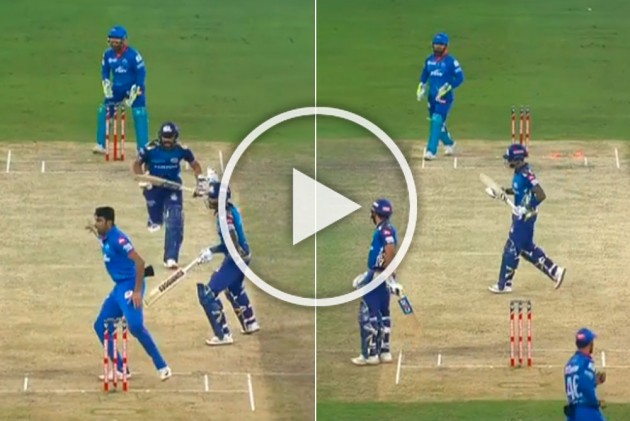 Skipper Rohit Sharma played a captain's knock in the Indian Premier League (IPL) 2020 final against Delhi Capitals in Dubai, UAE on Tuesday. Rohit made 68 off 51 as the defending champions successfully chased down a modest target of 156/7.

But the IPL's most successful captain should thank his teammate Suryakumar Yadav for giving life in the 11th over when he was batting on 47. Rohit played the fifth ball, bowled by Ravichandran Ashwin, to extra cover than raced off for a non-existent single.

Suryakumar, after initially denying the run, ultimately sacrificed his wicket. He made 19 off 20. Watch the horror mix-up here:

If last year's one-run win over Chennai Super Kings was an absolute cliffhanger, Rohit's aristocratic 68 off 50 balls made it an anti-climax with Mumbai chasing the target of 157 in 18.4 overs.

Earlier, skipper Shreyas Iyer's unbeaten fifty lifted Delhi to 156 for seven after Mumbai had them in all sorts of trouble.

Opting to bat after winning the toss, DC were tottering at 22 for three in the fourth over before the duo of Iyer (65 off 50 balls) and Rishabh Pant (56 off 38 balls) added 96 runs for the fourth wicket to steer their team to safety.

Pant hit four boundaries and two sixes on the way to his first fifty of the season, while Iyer struck six fours and two maximums.

Mumbai Indians were off to the best possible start with Trent Boult squaring Marcus Stoinis all ends up with the final's very first delivery.

Ajinkya Rahane and Shikhar Dhawan were dismissed in no time and the Capitals soon found themselves in a spot of bother.