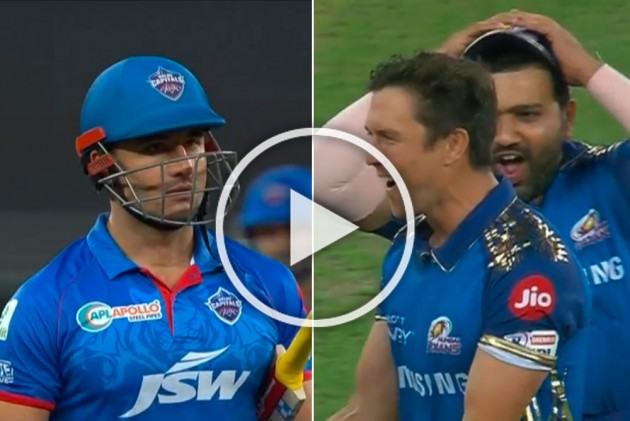 He's done it again. Trent Boult, who rocked Delhi Capitals in the first Qualifier, produced the goods once again as Mumbai Indians got off to a dream start in the final of Indian Premier League (IPL) 2020 on Tuesday in Dubai, UAE.

Delhi captain Shreyas Iyer won the toss and opted to bat first with Marcus Stoinis opening the innings with Shikhar Dhawan. The duo was instrumental in Delhi's win against Sunrisers Hyderabad in the Eliminator.

But Stoinis departed the first ball, courtesy a brilliant Boult delivery. Then, Delhi found themselves three down with Ajinkya Rahane and Dhawan also walking back without troubling the scorers.

Both Stoinis (0) and Rahane (2) were caught behind off Boult, while Dhawan was clean bowled by Jayant Yadav for 15.

In the process, Boult has become the most successful new-ball bowler in a single edition of IPL. The Kiwi pacer has now taken eight wickets in the first over this season.

Delhi fielded an unchanged XI while Mumbai Indians made a technical change, bringing Yadav in for Rahul Chahar.

Mumbai are looking for a record-extending fifth IPL title, while Delhi are chasing their maiden title.