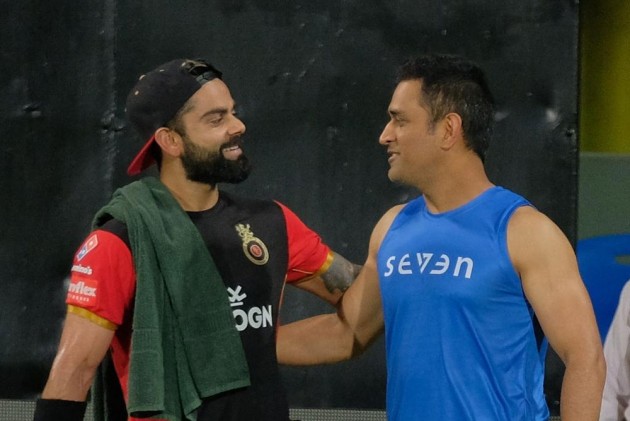 It took patience, meticulous planning and courage for the Board of Control for Cricket in India (BCCI) to move its cash-cow IPL out of India to the United Arab Emirates. But on Friday, as cricket fans around the world continue to wait for the BCCI to release the fixture for the IPL 2020, and plan their routine accordingly, a shocking piece of news hit them hard. Or, probably helped them realise that uncertainty is the new normal now, as they say. (More Cricket News)

Several members of the travelling Chennai Super Kings (CSK) party, including an India pacer, were infected with the novel coronavirus. It forced the Mahendra Singh Dhoni-led team to extend the quarantine period. But the more worrying part is, the count of infection can increase manifold. No matter where, when and how the first contraction happened, they now travel and isolate together. So, it's a real threat, and it could have happened to any team.

Everyone knew the risks involved in organising such an elaborate event. But for the sake of the game, and overall good, the BCCI went ahead and formulated a seemingly bullet-proof plan to conduct the lucrative T20 cricket league, far away from home. Yes, there were hurdles like the sponsorship issues arising out of the involvement of Chinese-backed companies. But, BCCI is BCCI. It's governed by a set of very confident and abled individuals.

Then again, there is nothing noble about this novel coronavirus. Even the most sagacious lot needed constant reminders that COVID-19 is an altogether different beast. Now, the BCCI has no other option but to face this beast directly, with or without the mask.

ALSO READ: CSK To Have Camp At Chepauk On Dhoni's Insistence

And what about this message from former India opener, Aakash Chopra, "... it does serve as a significant reminder of the times we are living in. The sanctity of the Bio-secure bubble can never be overstated."

10 members of #CSK (including an India player) found #COVID19 positive. Wish them all a speedy recovery but it does serve as a significant reminder of the times we are living in. The sanctity of the Bio-secure bubble can never be overstated. #IPL

Many agree with him, without trying to find the fault. Here are some notable reactions:

Bioscecure bubble concept is never overstated. It depends on the expertise who framed and how strict they shaped up to maintain it. ECB has done a good job so far as no player documented to contract that during the whole test summer.

Is it a coincidence that the only team which conducted a camp before leaving for UAE is the one whose members have tested positive ?

As it is necessary to get tested before flying and they were negative.....
After a week they'll be reported negative

This again raises the question that "Is IPL more important than life/health of players ??"

They were negative before flying to UAE. So what does it say that BCCI is playing with the lives of players just for money.

Wish them all a speedy recovery. @cricketaakash this pandemic has #taught us a lot of lessons the biggest being nobody is superior or inferior when it comes to life.

Days ago, Royal Challengers Bangalore (RCB) captain Virat Kohli stated the very fact that a silly mistake can compromise everything.

"... I think one mistake by any one of us could literally spoil the whole tournament. And none of us want to do that," Kohli had said during the team's first meeting.

Probably, sections of fans are singing some song called 'Don't say I didn't warn you'. That song is not that bad though.