IPL 2020 In UAE: List Of Cricketers Who Have Pulled Out Of Indian Premier League 13

Even before the announcement of fixtures, IPL 2020 in the UAE has seen a mini exodus with the like of Suresh Raina, Harbhajan Singh, Lasith Malinga, etc deciding to ditch their respective teams 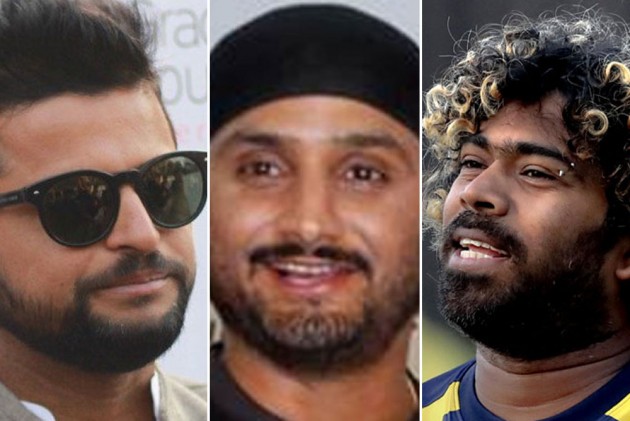 According to reports, the 40-year-old reportedly cited "personal reasons" to skip the 13th edition of the world's premier T20 cricket league, which was moved out of India to the United Arab Emirates (UAE) due to coronavirus pandemic.

Here's a list of cricketers who have pulled out IPL 13

Chris Woakes (Delhi Capitals): England all-rounder Chris Woakes pulled out of the IPL 2020 without specifying the reasons. He was roped in for INR 1.5 crores. South Africa pacer Anrich Nortje has been named drafted into the Delhi Capitals squad as the replacement.

Harry Gurney (Kolkata Knight Riders): He pulled out of the tournament due to a shoulder injury. England pacer was roped in by KKR at the base price of INR 75 lakhs in the 2019 auctions. He played eight matches for KKR last season.

Jason Roy (Delhi Capitals): The England opener during practice at Old Trafford on Tuesday, and a scan on Wednesday revealed the injury. He was ruled out of England's three-match T20I series against Pakistan. The 30-year-old was replaced by Australian bowling all-rounder Daniel Sams in the Delhi-based team. Roy joined the Ricky Ponting-coached team at his base price of Rs 1.5 crore.

Suresh Raina (Chennai Super Kings): The former Indian all-rounder became the first big-name player to quit the IPL. The 33-year-old said he was afraid. The three-time champions are yet to name a replacement for their batting mainstay. Mr. IPL has been a constant in the CSK camp. A legend. He may yet make an u-turn.

Kane Richardson (Royal Challengers Bangalore): The Aussie pacer, who was bought by RCB for Rs 4 crore in the IPL auction last December, opted out of the UAE tournament to be with his wife Nyki for the birth of their first child. Fellow Aussie Adam Zampa has been named as his replacement in the Virat Kohli-led side.

Lasith Malinga (Mumbai Indians): The Sri Lankan legend unavailable for the season due to personal reasons. The 37-year-old is the most successful bowler in IPL's history. The Rohit Sharma-led Indians have named Australian speedster James Pattinson as the replacement for Malinga.

Harbhajan Singh (Chennai Super Kings): Harbhajan became the second CSK player to pull out of IPL 2020. There's no official word yet, and the three-time champions are unlikely to name a replacement. They still got three spinners who can really do magic - Imran Tahir, Mitchell Santner and Piyush Chawla.