Jos Buttler and Steve Smith batted Rajasthan Royals to a seven-wicket win against Chennai Super Kings in an IPL match on Monday. 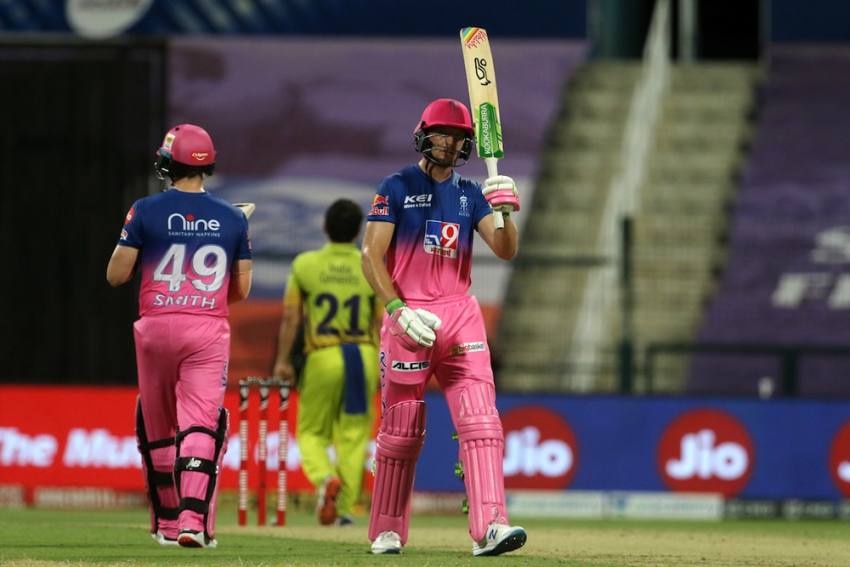 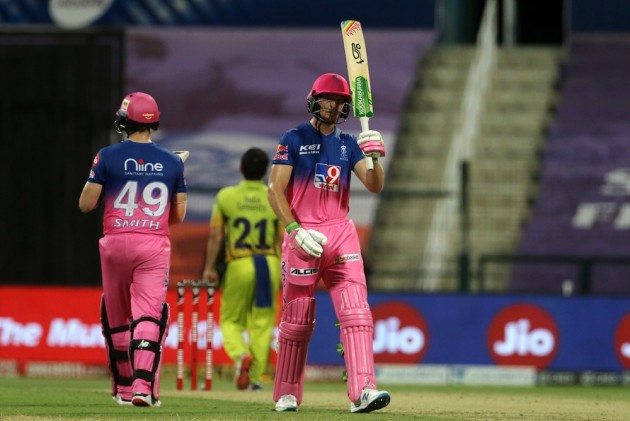 Jos Buttler is second to none when it comes to winning games at the back-end, said Rajasthan Royals skipper Steve Smith, likening the English batsman to swashbucklers-par-excellence such as AB de Villiers and Kieron Pollard.

After Rajasthan Royals spinners stifled Chennai Super Kings to stop them at 125 for five, Buttler came up with an unbeaten 70-run knock off just 48 balls to lead the Royals to a comfortable seven-wicket IPL win in Abu Dhabi on Monday night.

"He is second to none. We are lucky to have him. He has got so much versatility in his batting," Smith said in the post-match press conference.

Buttler is a top-order batsman but Smith sent him at number five against CSK. The Australian said it was imperative for "balance".

"It's an interesting one. Jos is an unbelievable player at the top. He has the ability to do things that ABD and Pollards and (Hardik) Pandyas do. Those players win you games at back-end," Smith said.

"This conversation is difficult (to drop him in batting order) but it provides stability in the middle," he added.

Smith shared an unbeaten 98-run stand for the fourth wicket with Englishman Buttler and was extremely pleased with the result.

"The wicket was not ideal. I was trying to form a partnership. Jos can score at a good rate. There was no need to take any risk, just form a partnership, put the foot down and get the victory and two points in the end.

"He (Buttler) came out with a positive mindset.... hit the ball nice and hard and made things easy for me at the other end."

The result means that Royals (8 points) are now competing with closest rival Kolkata Knight Riders (10 points) for a play-offs place in the IPL. "The last two games, we were in a position where we could have won the games. We have not won many games with decent margins, so tonight to get over the line with a bit to spare was pleasing," said Smith, whose own batting form has been nothing to write about.

Talking about Sanju Samson, who is struggling after a thunderous start this year, Smith backed the batsman.

The 25-year old Samson had struck fiery half-centuries in the first two matches but is struggling to even touch the double-digit mark right now. He could not open his account against CSK.

"That's T20 cricket. It's pretty unlucky that he got strangled down the leg side. The message is to keep the faith, trust his ability. Hopefully, he will come off nicely in the next games," Smith said.

"They just squeezed them. They were magnificent. They made them work for every run on a wicket that was stopping a bit," Smith said.