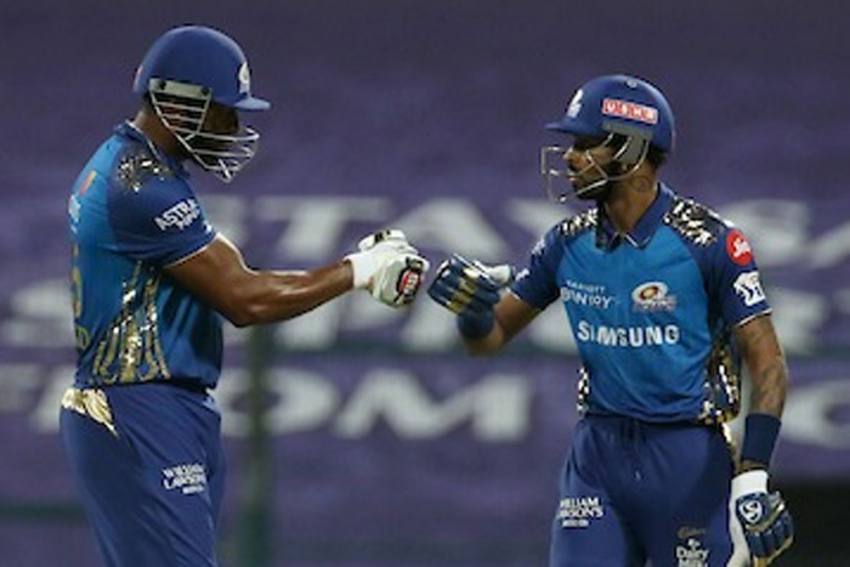 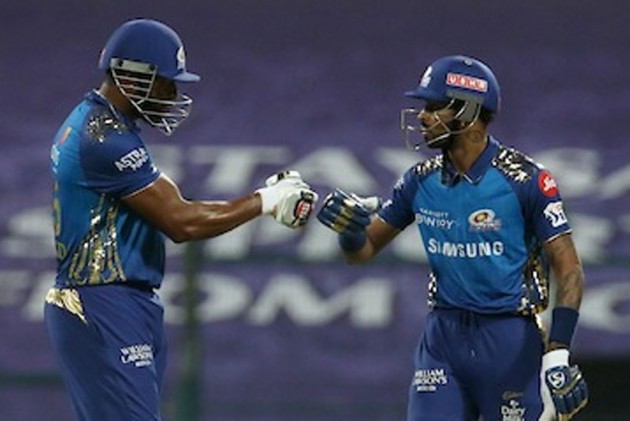 In a brutal display of power-hitting, Mumbai Indians all-rounders Kieron Pollard and Hardik Pandya added 67 runs in just 23 balls for the fifth wicket to help the defending champions post a very good total of 191/4 in their Indian Premier League (IPL) 2020 match against Kings XI Punjab on Thursday.

Put into bat by KXIP skipper KL Rahul, MI were in a spot of bother after losing two wickets inside the fourth over on a slowish Abu Dhabi top. But they changed the course of the innings with some outlandish hitting, with skipper Rohit Sharma scoring 70 off 45 after a slow start.

Then, the dangerous Pollard-Hardik duo finished with a flourish as MI added 106 runs in the last six overs, and 89 coming in the last five.

In awe with what modern batsmen can do, celebrated commentator Harsha Bhogle tweeted: "Last 6 overs produced 104 for Mumbai Indians. There is no limit to the imagination, to what the modern player can do."

Last 6 overs produced 104 for @mipaltan. There is no limit to the imagination, to what the modern player can do.

The 13th edition of IPL, being held in the United Arab Emirates, has already seen some sensational knocks, including Rahul's unbeaten 132 against Royal Challengers Bangalore for the highest score by an Indian.