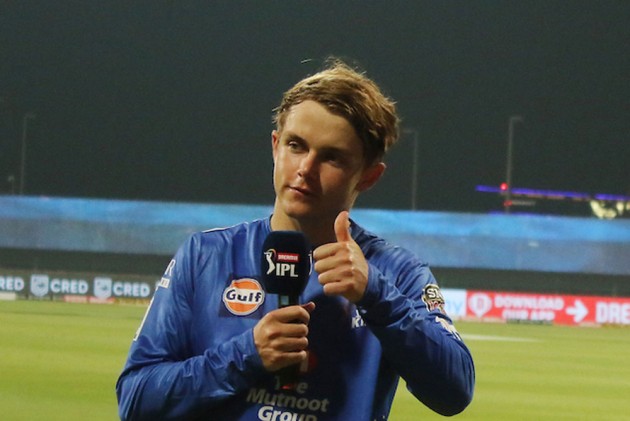 Sam Curran says he was left "surprised" by "genius" Mahendra Singh Dhoni's move to send the England all-rounder ahead of himself during the IPL opener between Chennai Super Kings and Mumbai Indians at Abu Dhabi.

The 22-year-old all-rounder played an instrumental role in CSK's five-wicket victory in the lung-opener. After an economical spell with the ball, he scored a quick-fire 18 off just six balls to help his side start the campaign on a positive note.

After the dismissal of Ravindra Jadeja for the team's fourth wicket, Dhoni surprised everyone by sending Curran up the order with 29 needed off 17 balls.

"To be honest, I was very surprised that I went in. He (Dhoni) is a genius and obviously thought something (about sending me before himself)," Curran said at the post-match presentation.

"We targeted that over (18th) and I went in with a six or out mentality... sometimes it comes off and sometimes it doesn't," he added.

Picked in place of Dwayne Bravo who is recovering from an injury, Curran shone with the ball as well. He claimed the wicket of opener Quinton de Kock, registering impressive figures of 1/28 in his four overs.

Curran, who reached the UAE earlier this week along with other England and Australia players after taking part in a white-ball series at home, also spoke about the change in atmosphere.

"Very different... I have been used to the bubble with the England team. But you are used to seeing big crowds in IPL, so it was different. I haven't met a lot of the guys, came in a day before and was straight on the bus today. That was a good thing," he said.

With both the openers back in the hut within the first seven balls of the innings, CSK looked in all sorts of trouble before Ambati Rayudu and Faf Du Plessis set up the win for the three-time champions.

The duo shared a 115-run stand for the third wicket. While Rayudu scored 71, du Plessis remain unbeaten on 58.

Rayudu, who was adjudged the Man of the Match, said, "I kept training in the lockdown. It was a stop-start but I was really eager. When the dew came on batting became much easier.

"We practiced in Chennai, which really helped, and then in Dubai as well."