While Mumbai are sitting on top of the IPL 2020 table, Virat Kohli-led RCB too remain on 14 following their loss to Chennai Super Kings on Sunday 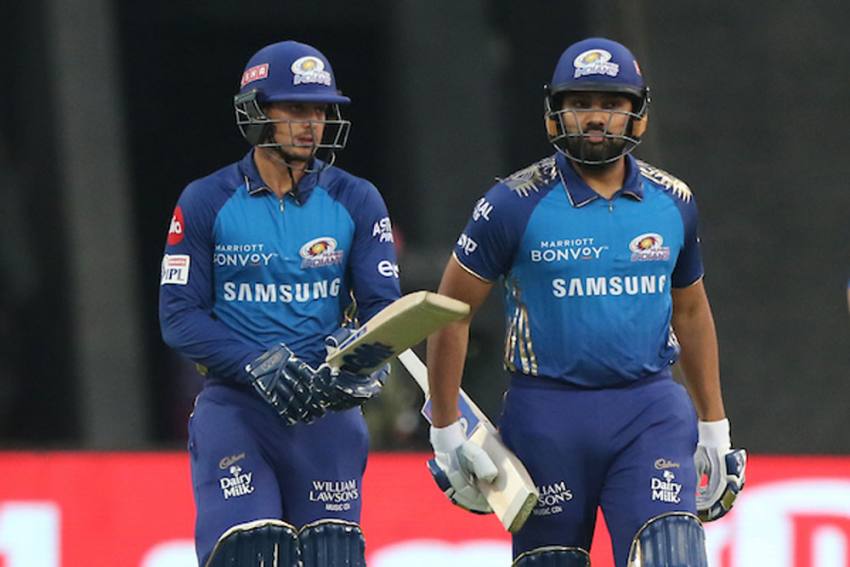 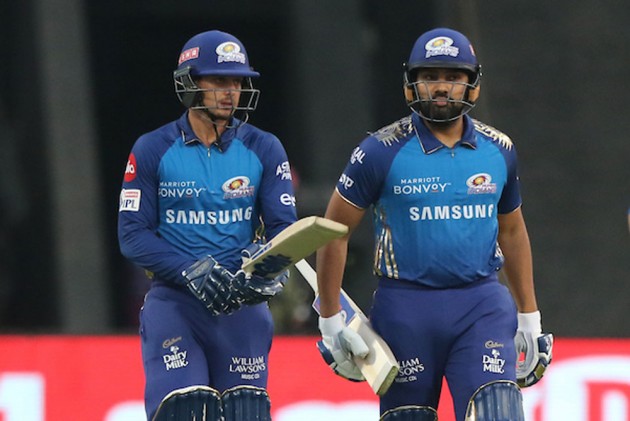 Rohit Sharma is likely to miss his third game in a row when Mumbai Indians face Royal Challengers Bangalore here on Wednesday with both teams aiming to secure their spot in the IPL play-offs. (POINTS TABLE | SCHEDULE & RESULTS | NEWS))

While Mumbai are sitting on top of the table despite their eight-wicket hammering by Rajasthan Royals with 14 points, Virat Kohli-led RCB too remain on 14 following their loss to Chennai Super Kings on Sunday.

A win for either side on Wednesday should be enough to take it to the play-offs.

Rohit's fitness has become a subject of unwanted attention ahead of the game. Having missed the last two games due to a hamstring injury, Mumbai Indians skipper returned to the nets on Monday, a day when he was not named in the India squad for the Australia series.

There is still no conclusive update on his fitness from either Mumbai Indians or the BCCI.

In Rohit's absence, Mumbai would persist with both Saurabh Tiwary and Ishan Kishan, who has played some scintillating knocks.

Quinton De Kock (374 runs) had a rare failure against Rajasthan and he would be keen to make an impact. Kishan (298 runs) and Suryakumar Yadav (283 runs) are among the leading run-scores who can go on the offensive against any attack.

The six-hitting prowess of Hardik Pandya (224 runs) was on display in the RR game, when he plundered seven maximums.

Along with stand-in captain Kieron Pollard (214 runs) and Krunal Pandya (85 runs), he can take any attack to cleansers and their hard-hitting ability could prove to be the difference between the two sides.

Mumbai bowlers would be more than keen to forget the hammering they received from Rajasthan's Ben Stokes and Sanju Samson.

Trent Boult and Jasprit Bumrah have been lethal both at front and at the death, accounting for 33 wickets amongst themselves. For the third pacer spot, MI could choose between James Pattinson and Nathan Coulter Nile.

For RCB, Kohli (415 runs) would like to continue his splendid run in the tournament. Australian Aaron Finch (236 runs), young Devdutt Padikkal (343 runs) and AB de Villiers (324 runs) need to be more consistent and support their skipper.

De Villiers has shown time and again, why he is regarded as one of the best T20 batsmen by turning the clock back on few occasions. If the RCB top-order fires in unison, then they can pummel the MI attack into submission.

The likes of Chris Morris, Moeen Ali and Gurkeerat Mann, who form the lower-middle order, can also chip in with useful cameos.

But for the southern team there is injury scare on the bowling front with pacer Navdeep Saini suffering a split webbing. There is no clarity on his participation for the game against Mumbai.

In case he misses, Chris Morris and Mohammad Siraj would need to shoulder greater responsibility along with Isuru Udana.