Yohan Blake, an ardent admirer of cricket, questioned the CSK skipper MS Dhoni's move to give Ravindra Jadeja the final over against DC 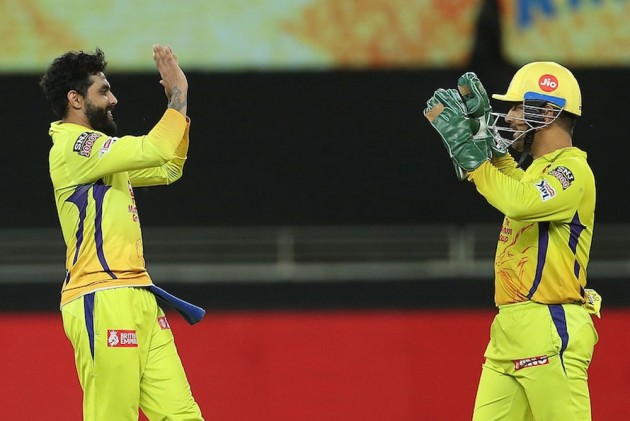 Star sprinter Yohan Blake said Mahendra Singh Dhoni had "made the worst decision in a long while", fuming in front of his TV set in faraway Jamaica as Delhi Capitals closed in on a remarkable win in IPL.

Blake, an ardent admirer of the sport, questioned the Chennai Super Kings skipper's move to give Ravindra Jadeja the final over on Saturday night.

He was oblivious to the fact that everyone's preferred choice, death bowling specialist Dwayne Bravo, was not fit to bowl the last over after walking off the field.

"I think Dhoni made the worst decision in a long while. Dhoni, that's a poor decision to bowl Jadeja at the last part. What happened to Bravo. Really?" he asked in a video posted on Twitter.

Engaging in a conversation on the social networking site, Blake later realised that Bravo was injured. The seasoned West Indian all-rounder suffered a groin injury and could be out of action for at least a few days to a couple of weeks.

But he was still not convinced with Jadeja bowling the final over with Delhi Capitals requiring 17 runs to win the game, which they did with a ball to spare.

"Ok everyone I get that Bravo was injured but I still wouldn't have bowled Jadeja when you have Shane Watson on the field that can bowl a heavy ball."

However, the veteran Australian has been playing mainly as a batsman for some years now.

In another tweet, Blake said, "This is what happened when we all love the game so much. To all my india Flag of India family I love you. Let's keep supporting and keep enjoying the game of cricket Cricket bat and ball we love so much.

"When you are in love and passionate about cricket it doesn't matter which team is playing. I support everyone! To all my Indian people, I love you all but I still would have bowled Shane Watson."

After his team's five-wicket defeat, Dhoni said the only option available to him was either Jadeja or leg-spinner Karn Sharma.