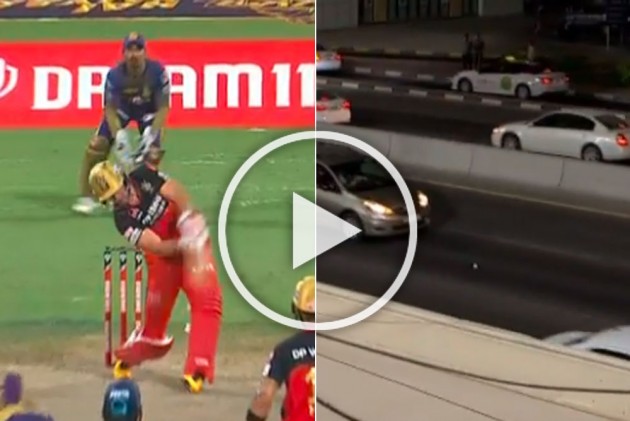 Coming into bat after the fall of Aaron Finch in the 13th over, de Villiers soon found his mojo and dominated Hyderabad bowlers. The South African brought up his fifty in 23 balls, then remained unbeaten on 73 off 33 balls with the help of five fours and six sixes.

Few of those sixes sailed over the stadium and landed on the streets. In fact, one of the sixes literally stopped the traffic.

He and skipper Virat Kohli added an unbeaten 100-run stand.

Both the teams have won four matches each from six outings, with KKR occupying third place thanks to their better net run rate.