As Sanju Samson played a sensational knock during the RR vs CSK match of IPL 2020 in Sharjah, Gautam Gambhir started an online debate on who's the best current Indian wicketkeeper-batsman 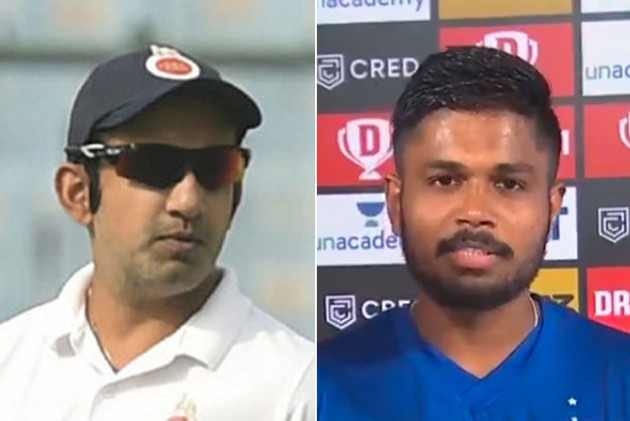 Former opener Gautam Gambhir on Tuesday hailed Sanju Samson as "not just the best wicketkeeper batsmen in India but the best young batsman" in the country.

The Kerala youngster, who's often overlooked by the national selectors, played a devastating knock of 74 runs off 32 balls with the help of nine sixes as Rajasthan Royals (RR) set a 217-run target for Chennai Super Kings (CSK) in the fourth match of Indian Premier League (IPL) 2020.

Gambhir took to Twitter, asking anyone for a debate. And fans heartily engaged in the debate.

Sanju Samson is not just the best wicketkeeper batsmen in India but the best young batsman in India!
Anyone up for debate?

In fact, Rishabh Pant, who's often hailed as the heir apparent to MS Dhoni, became a target of many fans.

Sanju Samson over Rishabh Pant in the National squad any day.#RRvCSK

Gambhir then added that, "It’s weird that the only playing eleven Sanju Samson doesn’t find a place is that of India, rest almost everyone is ready for him with open arms."

It’s weird that the only playing eleven Sanju Samson doesn’t find a place is that of India, rest almost everyone is ready for him with open arms @rajasthanroyals @IPL @BCCI