Robin Uthappa inadvertently applied saliva on the ball during the RR vs KKR match of IPL 2020 in Dubai, and the footage of 'crime' was widely circulated on social media 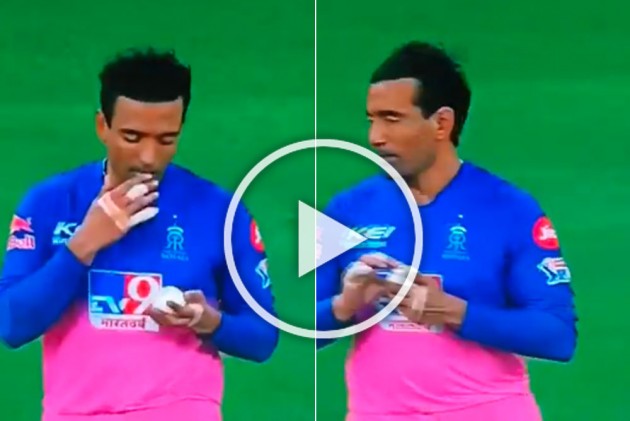 During the KKR innings, Uthappa can be seen picking the ball up during the third over and move his fingers towards his mouth before rubbing briefly on the ball.

It took place on the fifth ball of the third over, after Uthappa dropped Sunil Narine. Here's the footage:

Robin Uthappa just used saliva on the cricket ball. Is it not banned by @ICC#RRvKKR#IPL2020 @bhogleharsha pic.twitter.com/EWilsl9Z01

Ban on the usage of saliva is one of the guidelines issued by the International Cricket Council (ICC) to counter the threat of COVID-19 pandemic.