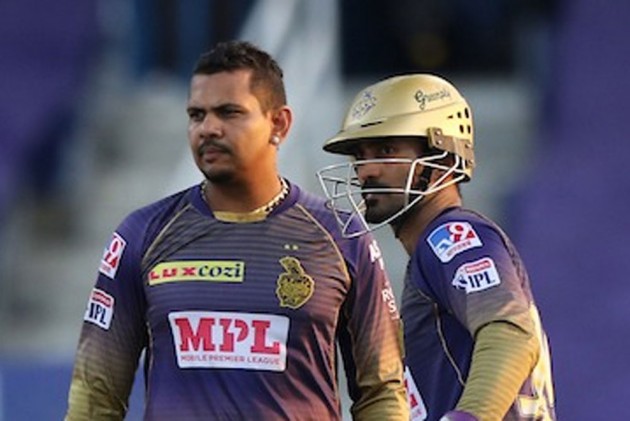 Two-time IPL champions Kolkata Knight Riders on Monday hoped that there would be an "appropriate resolution" to the issue of their spinner Sunil Narine being reported for a suspect bowling action, expressing surprise at the development.

The franchise, however, did not say whether he will be left out of the team. Narine has been placed in the warning list and one more reporting of his action by the on-field umpires could lead to him being barred from bowling in the ongoing event.

"This came as a surprise to the franchise considering that he has played over 115 games in the IPL since 2012 and as many as 68 games since 2015, when he was last reported during the IPL season for a suspect action," KKR said in a statement.

"We are hopeful that there would be an appropriate resolution quickly. We appreciate the cooperation being extended by the IPL in expediting this matter," added the statement, which came ahead of their clash against Royal Challengers Bangalore.

The 32-year-old picked up two wickets in his four overs against KXIP to help in KKR's dramatic two-run win, while defending 165.

In 2015, Narine served suspension from bowling in international cricket after his action was declared illegal by the ICC. But he was cleared to bowl in all formats in 2016 after undergoing corrective measures.

"Furthermore, he was playing his 6th game this season, with no concerns expressed formally or informally by the match officials so far."

"Having said this, we are respectful of the process that the IPL has put in place to have his action reviewed, and are working closely with the IPL in this matter. We are hopeful that there would be an appropriate resolution quickly.

"We appreciate the cooperation being extended by the IPL in expediting this matter," it added.