IPL 2020: 'UC Miss Cricket' Is Back For Indian Premier League - All You Need To Know About Super Hit Online Beauty Contest

While users follow the updates of their favorite team and players on UC Browser, they can also pick cheerleaders to support their beloved teams 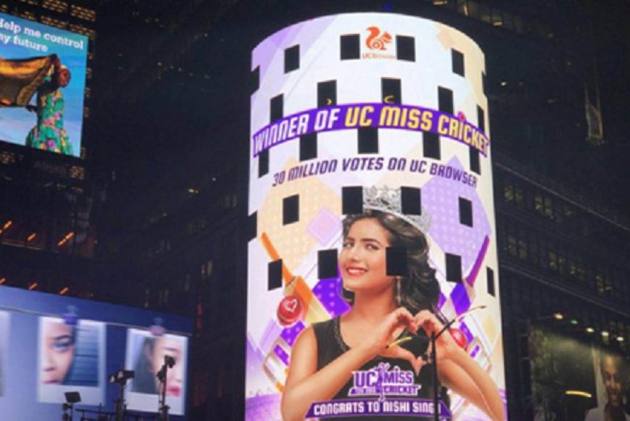 The contest, launched as part of UC's extensive cricket coverage, aims to add a fun element to the browser's IPL updates by allowing users to vote for their favourite contestant. These contestants will become cheerleaders for various IPL teams and engage with users on the UC Cricket platform.

While users follow the updates of their favorite team and players on UC Browser, they can also pick cheerleaders to support their beloved teams. So far, more than 1,000 girls have signed up for the contest and users will get to shortlisted 20 contestants over the next three weeks via voting through UC Browser. UC Browser will reward the top three most-voted contestants with a cash prize of Rs 3 lakh.

UC users can now vote for their favorite Miss Cricket, and stand a chance to win various prizes in turn as a reward for participating in the voting during the finals (April 5 to April 29). The top 20 contestants will also take part in fun cricket-related games including tapping ball, bowling the wicket and cricket run. Previous Miss UC Cricket winners will also interact with their fans and cricket followers on the UC platform.

In its previous editions, UC Miss Cricket saw the participation of Bollywood actress and former Miss Diva Urvashi Rautela. In 2018, TV beauty Nishi Singh went on to win the title with 30 million votes. Nishi Singh was also featured on NASDAQ billboard at the Times Square in New York City.

The campaign contributed towards highest single-day page views of 220 million for IPL-related content on UC Browser. In 2019, the contest received an overwhelming response of over two million UC users and cricket fans, with 23-years-old Sana Sultan Khan making her debut on the New York Times Square Billboard.

* Contest open for entries in January 2020

* Final winner to be announced in third week of April (Competition to include activities like bumping, striking, cheerleader dancing and user likes)

This story is provided by NewsVoir. ANI will not be responsible in any way for the content of this article. (ANI/NewsVoir)