IPL 2020: We Can Learn From Each Other, Adam Zampa On RCB Teammate Yuzvendra Chahal

Adam Zampa and Yuzvendra Chahal are both wrist spinners but the Australian is eager to pick the brain of his RCB teammate when it comes to death bowling, especially in IPL 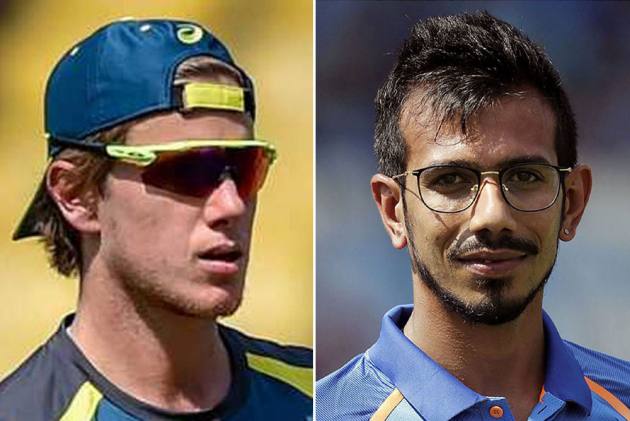 A spinner who relishes challenges, Australia's Adam Zampa wants to forge a partnership with India's Yuzvendra Chahal during the upcoming Indian Premier League (IPL), where he hopes to master the art of death bowling while playing for the Royal Challengers Bangalore (RCB). (More Cricket News)

Zampa and Chahal are both wrist spinners but the Australian is eager to pick the brain of his IPL teammate when it comes to death bowling.

Zampa is keen to learn the skill since he was part of skipper Aaron Finch's unsuccessful death bowling plan in the T20 series against England recently.

"I really enjoy bowling at the death, I love those pressure overs especially when the game is on the line," said Zampa, who played two seasons for the now-defunct IPL franchise Rising Pune Supergiants.

"They needed 18 to win off the last two overs (in the second T20) and I told Finchy I should bowl it. It obviously didn't go to plan but I'm not going to change my attitude after one game.

"I've got a really good opportunity in the IPL bowling with Chahal at RCB and I might get the opportunity to bowl those overs just because of the way the team is structured," he was quoted as saying by cricket.com.au website.

He might not have been successful in the recent matches, but Zampa enjoyed considerable success bowling at death in the Big Bash League for Melbourne Stars.

But his real challenge will be to find a place in the RCB playing eleven. He would face competition from Washington Sundar and Pawan Negi, besides England all-rounder Moeen Ali.

"I really enjoy bowling with another leg-spinner so it's going to be a really good opportunity to bowl with Chahal," said Zampa.

"We have similar traits but can learn a little bit from each other as well."