IPL 2021: A Lot Is Written About Chris Gayle, But He Will Sacrifice For The Team - KL Rahul 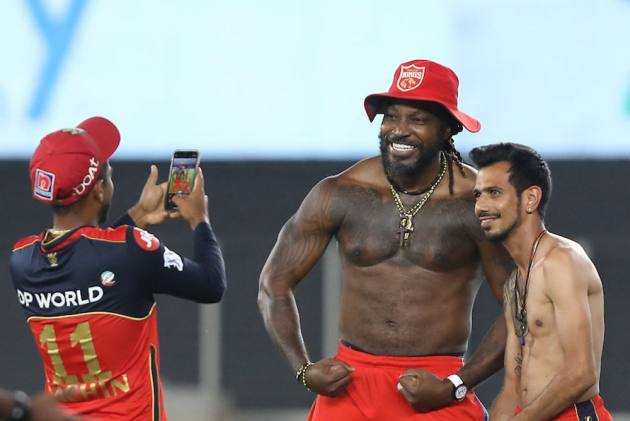 Put into bat by RCB captain Virat Kohli, Rahul lost his opening partner Prabhsimran Singh in the fourth over with PBKS scoring only 19 runs. Then, the West Indies legend joined Rahul and they added 80 runs in just 45 balls.

"There is a lot written about Gayle, about his age and whether he should be playing. But I know as a captain, just his impact he has when he walks out is huge," Rahul said during the post-match presentation.

Gayle has some of the biggest batting records in world record, and in the IPL, he owns the sixes and highest score feats. The left-handed batsman is also on the cusp of breaching the 5000-run mark in the world's premier T20 cricket league.

The Jamaican, known as the 'Universe Boss', prefers is an opener by trade, but for PBKS, he is mainly batting first down. And KL Rahul is gracious for his sacrifice.

"I have played with him for 7-8 years and he keeps getting better and better. He is batting at three, something he hasn't done ever in his career, but he'll do that for the team. That is man Chris is. He takes pressure off me at the top," Rahul added.

Rahul and Gayle had previously shared RCB camp, before reuniting as PBKS teammates in 2018.