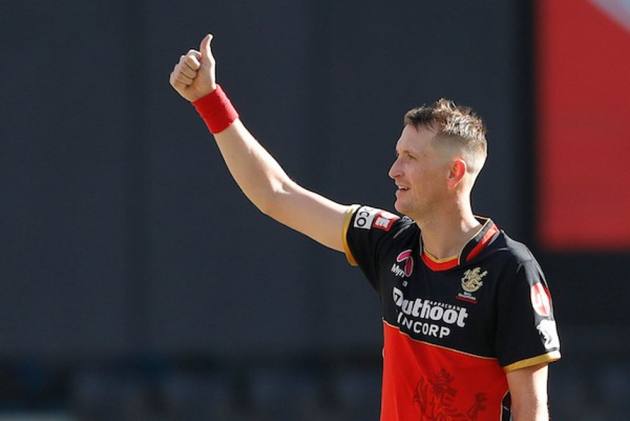 Welcome to the 'IPL Wonderland', auctions for the uninitiated, where at times suspension of disbelief is the best policy while trying to decipher the numbers.

But for all those trying to get a hang of the method in the madness, there could be one basic explanation for the numbers.

Any mini-auction is a bit skewed with an unfair balance between demand and supply unlike big auctions.

This 2021 auction was about multi-skilled players, who can fit in anywhere.

A David Warner in an open to all auction might fetch Rs 6 crore but Moeen Ali with lesser credentials but suiting the demand during a particular phase might end up get more in a condensed environment. It is the market at times that decides and not always the quality.

Here we give a brief explainer of how the auction works:

A fantastic T20 player and an asset for any team with his all-round abilities. It is still a mystery how both DC and RCB released Morris during previous years. But 16. 25 crore? Well, looking at the Rajasthan Royals line-up, Ben Stokes is no longer a 'Go To' T20 bowler for the better part of 20 overs.

Royals might use him as an opener and 2-3 overs if not 4 in the middle phase. Morris can bowl both at the start and with a mean yorker and great slower is also handy at the death if RR plays seven games at Sawai Man Singh Stadium. Add to it, the sixes he can hit between overs 18-20 if required.

He has been literally unplayable on green New Zealand wickets with the steep bounce off length and the movement off the pitch. Virat Kohli and his team had first-hand experience. But as a T20 bowler for Auckland in his local T20 competition, Jamieson has blown hot and cold.

On a Wankhede track or the Chinnaswamy with his mid-130 kmph speed, he could be blown away. He is a big hitter but how much he can adjust batting lower down the order on slow tracks is questionable. That Mike Hesson was at the auction table was also a clincher.

The 'Big Show' continues at the auction. He is the overseas equivalent of what Dinesh Karthik and Yuvraj Singh would be at auctions. Virat Kohli must have punted on Maxwell banking that there will be that one season when he would produce some magical performance like he does often for Australia or in the BBL. The timing is always impeccable as it happens just before auctions.

But RCB would like to hope that his six-hitting abilities coupled with fast off-breaks and fabulous fielding would win them a few games as they look for their maiden title.

Again a case of lack of supply compared to greater demand.

Punjab Kings, the erstwhile Kings XI Punjab, over the years have not had great luck with the fast bowling unit but roping in the injury-prone Australian quick doesn't speak much about their talent scout team, which hasn't been very impressive.

An economy rate of 8.44 at times can't be worth nearly USD 2 million but such has been Punjab's plight that Richardson had his pay day despite going for runs in the business end of the recent Big Bash League. However, he ended up as the tournament's leading wicket-taker with 29 scalps.

If Jhye Richardson wasn't shocking, Riley Meredith at more than USD 1 million as his like-for-like cover is a jaw-dropping amount, in fact the highest for an uncapped foreign player. The talk in Australian cricketing circles is that he has potential but currently is down with a serious shoulder injury which no one knows will heal or not by the time IPL starts.

Richardson-Meredith will be a very ambitious pair of fast bowlers that Punjab have picked, a logic only chief coach Anil Kumble, who was at the auction table can explain.

Possibly, the best bargain buy among the multi-skilled foreign players and that too at less than a million dollars. MS Dhoni was bullish about an off-spinner all-rounder, something that forced CSK to chase Maxwell till Rs 14 crore. Once they didn't get him, it was anybody's guess that he would be chased by CSK.

On a slow Chepauk track, he and Krishnappa Gowtham will be Dhoni's preferred men during the middle overs. Add his ability to hit big, the Chennai crowd saw that, could be another incentive.