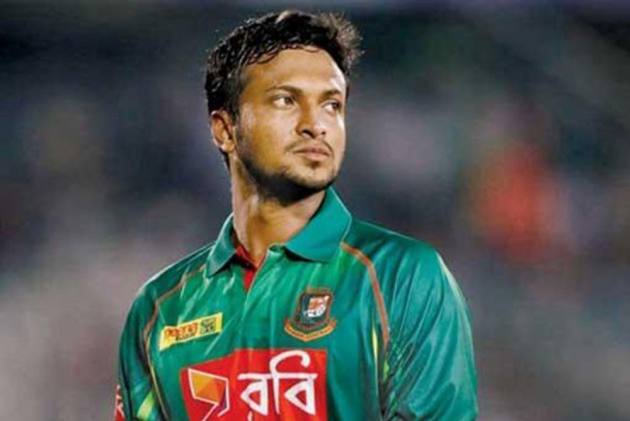 The Bangladesh Cricket Board (BCB) on Monday said it could reconsider the No-Objection Certificate (NOC) for Shakib Al Hasan, a day after the star all-rounder accused the body of "misrepresenting" him over his decision to prefer the IPL over national team duty. (More Cricket News)

Shakib had on Sunday claimed that the BCB has "misrepresented" his decision to play in the Indian Premier League (IPL) at the expense of serving the national team in a Test series against Sri Lanka.

BCB cricket operations chairman Akram Khan, who spoke shortly after a meeting at the board president Nazmul Hassan's residence here, said that discussions about Shakib's NOC will be held in the next couple of days.

I heard that he said that I didn't read his letter," Khan said.

"Perhaps I misunderstood his letter. He wants to play Tests, from what he has said. In the next couple of days we will discuss about his NOC. If he has interest, he will play Tests in Sri Lanka. We will decide about the rest after hearing the whole interview," he was quoted as saying by ESPNcricinfo.com.

Khan said that in Shakib's letter the cricketer had clearly mentioned that he has opted out of the Sri Lanka series to play in the IPL.

"Shakib wrote in the letter that he wants to play the IPL instead of the Test series in Sri Lanka," he said.

With Bangladesh not in contention in the World Test Championship, Shakib, who will represent Kolkata Knight Riders in the cash-rich T20 tournament, had said that it was more meaningful to compete in the IPL, as that would help him prepare better for the next T20 World Cup, which will be held in India later this year.

"In the last five years, a number of our Under-19 cricketers have come through the HP to play for the senior team," Rahman said.

"They recently beat Ireland Wolves. So this is a surprising comment. I don't know if there's anything behind it."

"He also spoke about respecting players, so did he respect the former cricketers in the board?" he said.