In the UAE leg, KKR have won six games including the victory over RCB in the Eliminator. Earlier, in India KKR were able to register victories only twice. 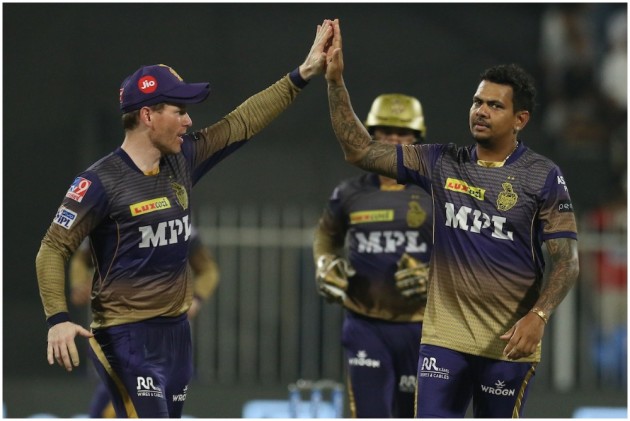 During the eliminator on Monday, Sunil Narine gave glimpses of his ‘old mystery’ with the ball and then topped it up with three monster sixes, as KKR’s four-wicket victory dashed Virat Kohli’s dream of winning an IPL trophy while leading Royal Challengers Bangalore (RCB).

“I think (in) the first phase of the tournament, we were trying to implement Baz’s (head coach Brendon McCullum) mantra of trying to play positive, aggressive cricket, a brand of cricket that our fans really enjoy watching and also players really enjoy playing,” Morgan said.

“In that first phase it didn’t quite happen, throughout different games, we showed glimpses of it, but throughout this whole second phase, people have turned out for different motivation and drive to try and play that aggressive brand of cricket.”

The first phase of IPL was held in India before it was suspended owing to COVID-19 cases in its bio-bubble.

“Our bowlers have shown us the way (on) how to be aggressive with the ball and in trying to take wickets and identifying when to hold back and be a little more defensive and that’s led the way with our batting as well,” he added.

Speaking at the post-match press conference, the elated skipper lavished praise on all-rounder Narine, who played a vital role in the team’s win over RCB, saying his impact in the match with both the bat and the ball was ‘huge’.

“I think he was outstanding today. Both with the bat and the ball, his impact in the game was huge. He changed momentum when he went out to bat and swung that completely in our favour after the platform the guys had laid (at) the top of the order,” Morgan said.

Narine, who was adjudged the player of the match, returned fine figures of 4/21 and then chipped in with a vital 15-ball 26, his cameo proving to be the difference in the end.

“I think with the ball, he bowled as good as I have ever seen him bowl. The guy is consistently exceptional every time he takes the field and always seems to take big wickets in the game. Today he managed to do that,” said Morgan.

“I don't think, he was the only bowler to turn the bowl today, we watched Varun Chakravarthy beat the batters on number of occasions, both inside and out and Yuzi (Yuzvendra) Chahal turning the bowl as well, so I actually thought (that) the wicket turned more than expected today,” said Morgan.

Morgan added that Bangladesh all-rounder Shakib-Al-Hasan was available for selection in Qualifier 2. He also had words of praise for Kohli, who has played his last game as RCB skipper.

“Virat is obviously a classy and experienced captain, who has done it for an extremely long time both in IPL and international cricket,” he quipped. KKR play Delhi Capitals on Wednesday for a place in the final where Chennai Super Kings await.