Both CSK and DC are sitting at the top of the table with 18 points each. Both teams have lost just one match each in the IPL 2021 UAE leg. 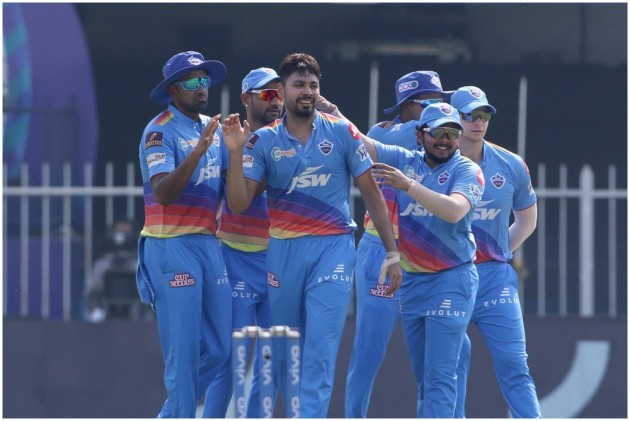 Former champions Chennai Super Kings (CSK) will look to quickly recover from their loss in the previous match when they take on a formidable Delhi Capitals (DC) in a battle between the two top teams in the IPL 2021 on Monday. (More Cricket News)

CSK and DC have been the two most dominating teams in the UAE leg, having lost just one match so far to sail into the playoffs and both would look to finish in the top two as it will give them two shots at reaching the finals.

After finishing at the bottom last season, CSK scripted a superb turnaround as they became the first team to qualify for the play-offs but the Mahendra Singh Dhoni-led side was done in by a sensational performance from Rajasthan Royals on Saturday.

Despite posting 189-4, CSK failed to defend the score as Yashasvi Jaiswal and Shivam Dube scripted a sensational chase to overhaul the target in 17.3 overs. It was their first defeat in the UAE and third from 12 matches this season as CSK bowlers found the going tough with dew setting in the second half, making the chase slightly easier for the RR batting unit.

Dhoni's men will have to adapt to the conditions quickly to avoid any such hiccup in the playoffs. CSK's batting has been sensational this season with Ruturaj Gaikwad being in the form of his life as he tops the batting chart with 508 runs.

It was his 60-ball unbeaten 101 that had powered CSK to 189/4 against RR and even though the team lost the match, Gaikwad remains the biggest threat for any opposition.

He has formed a formidable pairing with South African great Faf du Plessis at the top, while the likes of Moeen Ali, Ambati Rayudu, Ravindra Jadeja and Dhoni have chipped in and bailed out the team whenever required.

In the bowling department too, pacers Josh Hazlewood, Deepak Chahar, Dwayne Bravo and Shardul Thakur have been among wickets, while Jadeja and Ali have used their spin wisely. However, apart from Thakur, none of the bowlers could stop the marauding RR batsmen and they would look to quickly forget their last outing before taking on Delhi.

Led by Rishabh Pant, DC have looked determined to complete the job after finishing runners-up last year. Just like CSK, Delhi too have 18 points from nine wins and three losses from their 12 games.

After losing to Kolkata Knight Riders, Delhi bounced back with a four-wicket win over defending champions Mumbai Indians in their last game. However, Delhi batsmen struggled to get going in the last two games.

While against KKR, DC lost wickets regularly and couldn't get the acceleration, Pant and Shreyas Iyer came to the rescue in their last game after a top-order collapse in the slow conditions of Sharjah.

However, stroke-making will get better in Dubai and Delhi will need their top-order batsmen, including Shikhar Dhawan, Steve Smith and Prithvi Shaw, to fire as they get into the business end of the tournament.

Despite the absence of their seam-bowling all-rounder Marcus Stoinis, who is nursing a hamstring injury, Delhi have done well so far.