IPL 2021: ‘DC Thriller Will Give Us Confidence Ahead Of Playoffs’, Says RCB’s Virat Kohli

Needed 15 from the final six balls, Srikar Bharat hammered a six off the last ball to pull a thrilling win over DC in an IPL 2021 encounter. 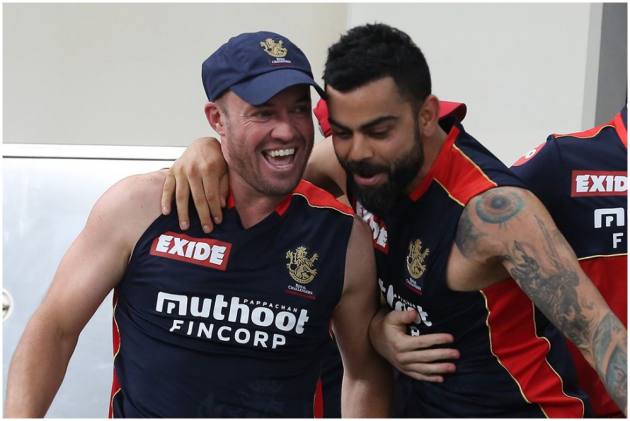 Royal Challengers Bangalore (RCB) skipper Virat Kohli on Friday said the manner in which his side beat Delhi Capitals (DC) will give them ‘the confidence to pull off a game from any situation’ as they head into the IPL 2021 playoffs. (More Cricket News)

A last-ball six by K S Bharat (78 not out) gave RCB victory after they needed 15 from the last over. “Unbelievable game. We had nothing to lose, but it was a competitive game which is always the case in the IPL. This gives us the confidence that we can pull off a game from any situation,” Kohli said after the game.

Table-toppers DC set third-placed RCB a target of 165 after they were sent into bat. “To lose wickets and to still beat the team at the top of the table feels good.We have beaten them twice now. The way AB batted in the beginning and then with KS (Bharat) and Maxwell in the end was unbelievable.”

A century of wins in the #IPL and to bring it up with a last ball 6ï¸ÂÂâÂÂ£ was just perfect. ðÂÂÂÂ¯

Wicketkeeper Bharat was promoted to No.3 and he delivered in style. “We thought that there could be a collapse or something. We thought of it the other way around. We ‘haven't chased much in this tournament. Number three hasn't been an issue.

“We wanted to give Christian some time, he was batting really well in the middle. We took that chance and it didn’t come off,” said Kohli.

“We knew KS was a guy who could come in at three at any stage. I think we need to sharpen up in the field. Sometimes the boundaries that go at crucial stages, could be critical. You need to be switched on always.”

“A win like this gives you the confidence. We have played well in Sharjah. We have been able to handle the conditions and keep the opposition in check if things have gotten away from us.” Delhi dropped a few catches on the day, including giving Maxwell (51) a life, and those misses cost them in the end.

“See, in T20s, you talk a lot about fielding and if you field like we did tonight, the other team deserves to win,” DC skipper Rishabh Pant said.

“We lost too many wickets in the middle, but I think the total was decent enough on this kind of a wicket, but we need to do better in the field next time. We were trying to keep it simple most of the time, but it was difficult for the bowler to grip the ball due to the dew.

“Not feeling great at the moment, these are the kind of games you’d need to win, but we did put in our 100 per cent.”