DC are currently in the second position with 16 points from 10 outings and need a win to seal IPL 2021 playoff berth. KKR find themselves two slots below at fourth. 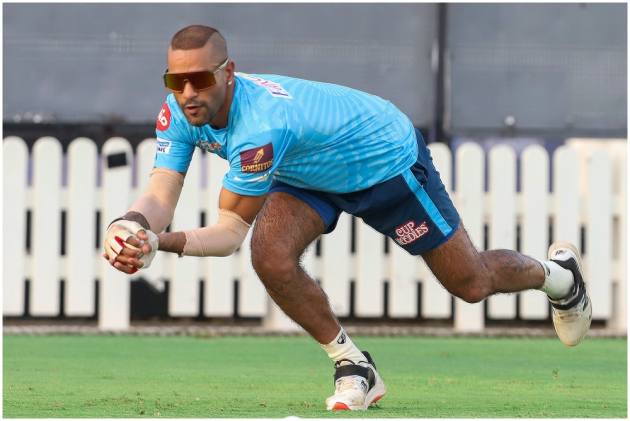 A dominant Delhi Capitals (DC) will fancy their chances of securing a playoff berth when they face Kolkata Knight Riders (KKR) in the Indian Premier League (IPL) 2021 here on Tuesday. (More Cricket News)

A cloud of uncertainty over KKR’s injured all-rounder Andre Russell’s participation gives DC more reasons to feel optimistic ahead of their afternoon match at the Sharjah Cricket Stadium. (POINTS | SCHEDULE)

Eyeing a maiden title triumph, DC are on a roll having dominated most of their opponents with an aggressive brand of cricket this season and look pretty confident of not just making the play-offs but also doing one better than last year when they lost to Mumbai Indians in the summit showdown.

DC are placed second in the pecking order with eight wins and 16 points from 10 outings, while two-time winners KKR find themselves in the fourth position with four wins and six defeats.

While the Delhi Capitals are coming off a crushing win over Rajasthan Royals in the previous outing, KKR will enter the game after having suffered a reversal at the hands of Chennai Super Kings, despite setting a stiff target of 172 on Abu Dhabi’s big ground.

KKR missed Russell towards the end after he walked off the field with a hamstring problem, having bowled three decent overs. In his absence, Prasidh Krishna was given the responsibility of bowling the 19th over and even though he has impressed with his death bowling in the past, he had no answer to a marauding Ravindra Jadeja on Sunday.

Up against one of the in-form teams of this edition, KKR will have their task cut out when they take to the field against DC. Eoin Morgan and his team know there will be very little margin for error as they head into a game which is more crucial from their point of view as far as keeping their play-offs prospects are concerned.

KKR will have to deliver on all fronts if they are to challenge the might of Delhi Capitals, who are led by the dynamic Rishabh Pant and flooded at the moment with in-form players. The likes of Morgan, Dinesh Karthik, Nitish Rana, Venkatesh Iyer and Shubman Gill will have to fire in unison to ensure that the team is able to compete in batting.

Rahul Tripathi will enter the game with some confidence, having top-scored with a brisk 45 against CSK. Then, the bowlers will have to stick to the plans. DC, on the other hand, are sitting pretty at the moment.

They put up a stellar display to beat Rajasthan Royals in the last outing and going by their form, DC are likely to continue in the same vein. The likes of Pant, Shreyas Iyer, Shikhar Dhawan, Prithvi Shaw and Shimron Hetmyer form a very formidable group with the bat.

While in bowling, the guile of spin duo Ravichandran Ashwin and Axar Patel is being complimented well by the pace and bounce of Anrich Nortje, Kagiso Rabada and Avesh Khan.