Delhi are currently sitting on the second spot, with 12 points from eight games. On the other hand, Hyderabad are placed at the last spot, with just a solitary win from seven games and six losses. 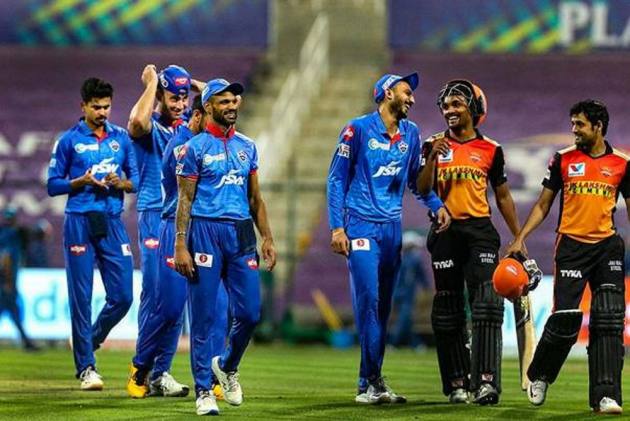 Bolstered by Shreyas Iyer's return, Delhi Capitals will look to maintain the form they showed in the first half of the season as they resume their IPL campaign against a struggling Sunrisers Hyderabad Dubai on Wednesday.

Delhi are currently sitting on the second spot, with 12 points from eight games. On the other hand, Sunrisers are placed at the last spot, with just a solitary win from seven games and six losses.

The Rishabh Pant-led side ended the first half of the IPL with a win and would be keen to start on a winning note.

And to do that, the Capitals have enough power-hitters in their line-up, who can take any good attack to cleansers and Sunrisers won’t be an exception.

Opener Shikhar Dhawan (380 runs), would be keen to prove the selectors wrong after being axed from India’s World T20 squad, while his partner young Prithvi Shaw (308 runs), would also like to get some runs under his belt.

They will have to play their roles well if the Capitals need to keep winning and in case the opener’s fail, the middle-order will need to take responsibility.

Iyer, who is making a comeback after recovering from shoulder injury that he sustained in March, would also be keen to start the tournament well.

Delhi also have a settled bowling attack and they could go in with Avesh Khan (14 wickets) and Kasigo Rabada (8 wickets), who have been lethal at the start and at the death.

For Sunrisers, a win would boost their confidence and help them stay afloat in the tournament.

However, their season’s leading run-getter Johnny Bairstow, has decided to pull out and hence the marauding Australian opener David Warner (193 runs) will have to shoulder more responsibility.

Their bowlers, led by spin sensation Rashid Khan, also will have to put up a disciplined show to contain the Delhi batters at the Dubai International Stadium.